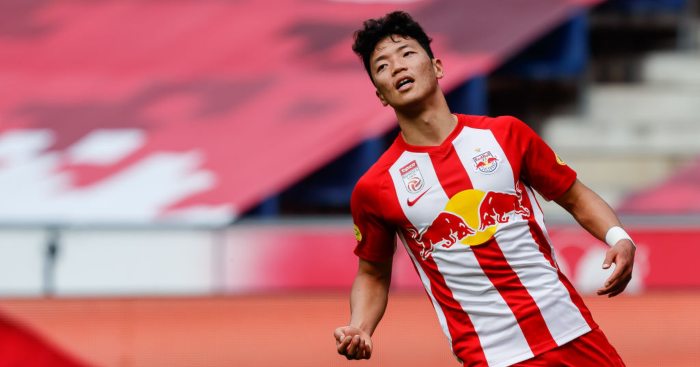 Salzburg striker He-Chan Hwang is set to join RB Leipzig with Premier League sides Liverpool and Wolves likely to miss out on signing him, according to reports.

Reports in June claimed that Liverpool were still in the market for a forward player this summer after missing out on Timo Werner, who has agreed to join Chelsea from Leipzig.

Werner scored 34 goals in 45 matches for Leipzig last season and the German outfit are going to find it extremely difficult to replace his goals.

And now Sky Germany (via Sport Witness) have claimed that Leipzig have now secured the man to replace Werner.

Salzburg’s Hwang has ‘opted’ to join Leipzig with an ‘expected’ fee of around €10m to be paid after the striker impressed the Bundesliga side last season.

Hwang scored 11 times and provided 21 assists for his team-mates in 38 matches for Salzburg last term and those performances meant that Liverpool and Wolves also ‘recently expressed interest’ in him.

Liverpool have already signed Takumi Minamino from Salzburg this season but it looks like they have lost out here to Leipzig.