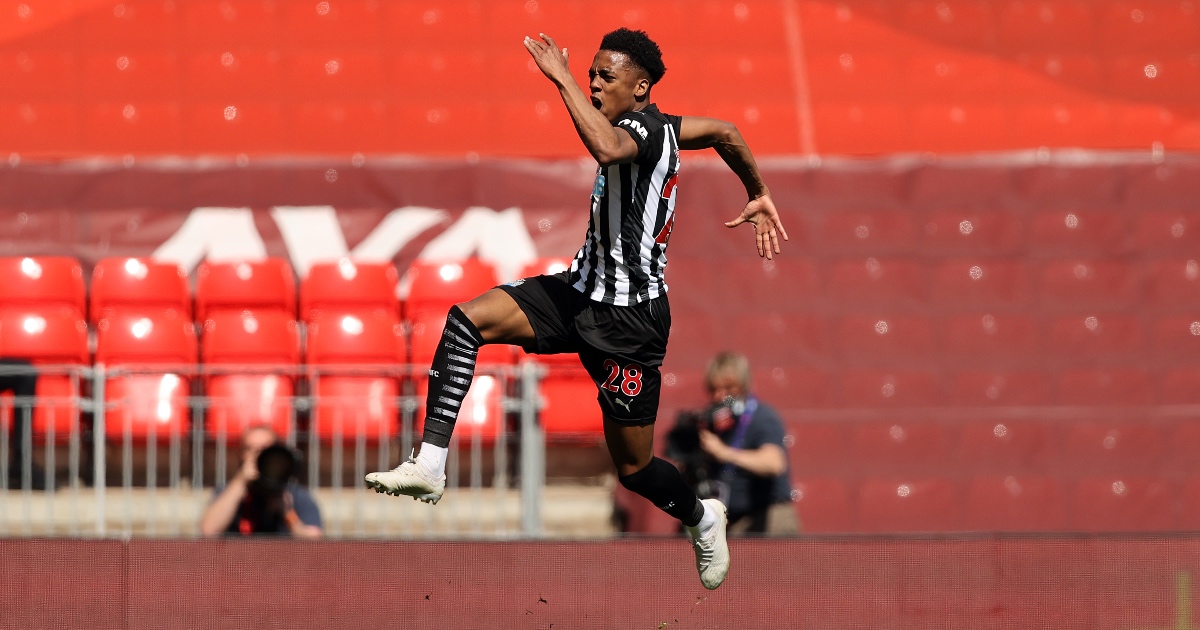 Newcastle midfielder Joe Willock snatched a 1-1 draw against Liverpool at Anfield with a goal in injury time.

An extra minute was added for a VAR decision which had ruled out a Callum Wilson goal in stoppage time and on-loan Arsenal man Willock took full advantage.

The unconvincing performance did little for Reds boss Jurgen Klopp’s hopes of restoring the club’s battered reputation in the wake of the Super League controversy and even less for their top-four aspirations.

Mohamed Salah’s goal from their first shot on target was a class apart as he succeeded where Robbie Fowler and Luis Suarez came up short by scoring 20 Premier League goals in a season for a third time.

The Egypt international now has 93 in 140 league appearances and moved into the top 12 of the club’s all-time goalscorers with 123 in 198 matches.

Unfortunately none of his previously prolific team-mates came anywhere close to matching him as despite a largely passive Newcastle allowing them plenty of opportunities, this was another laboured and disappointing afternoon in front of an empty Anfield.

With the clock showing 93 minutes Liverpool were looking good for a spot back in the top four when Wilson bundled the ball over the line only for VAR to rule the ricochet onto his elbow off goalkeeper Alisson Becker was handball.

Their reprieve was short-lived but long enough for another substitute, Willock, to drive home with the aid of a deflection off Fabinho to leave Klopp fuming at another wasted opportunity.

Klopp admitted in his programme notes he found it difficult seeing the reputation of the club “trashed” in the wake of the Super League fallout when the criticism should have been aimed squarely at John W Henry’s Fenway Sports Group.

Around 150 supporters greeted the team coach’s arrival but only a fraction took the opportunity to protest, as the manager had asked them not to, with home-made banners which carried slogans like ‘£nough is £nough FSG Out’ and ‘Henry, you have blood on your hands’.

Salah set about restoring their fallen status with a well-taken goal after just three minutes but, like other things this week, completing the job was considerably more difficult.

While his 20th Premier League strike of the season was, indeed, super the subsequent finishing was significantly less so.

The mess Salah made of a one-on-one with Martin Dubravka, opting to go with the outside of his left foot rather than take the ball round the goalkeeper on his right, belied the ease with which he had spun Matt Ritchie to drill home left-footed after Ciaran Clark’s poor header from Sadio Mane’s cross.

But he was far from the most culpable with Mane and Diogo Jota, making up a rarely-seen front four with Roberto Firmino, as bad if not worse.

The 250th league goal scored at Anfield under Klopp should have seen the visitors overwhelmed under a flurry of chances – 11 in the opening 45 minutes – but a familiar story of missed opportunity and wasteful finishing played out.

Jota was twice off-target with efforts when well-placed while Mane seemed to suggest his first Premier League goal in three months at Elland Road on Monday was more of a fluke as he still looked lacking in confidence, taking an extra touch on what should have been a first-time shot from Salah’s cross the worst example of a number.

Newcastle barely moved out of their 5-4-1 formation but when Sean Longstaff burst from midfield, played onside by the lagging-behind Trent Alexander-Arnold, it required a smart save by Alisson Becker and a hurried hack behind from Ozan Kabak to keep the hosts ahead.

Early in the second half it was Joelinton’s turn to twice break the line only to be denied by the goalkeeper as Liverpool’s lead looked increasingly slender. 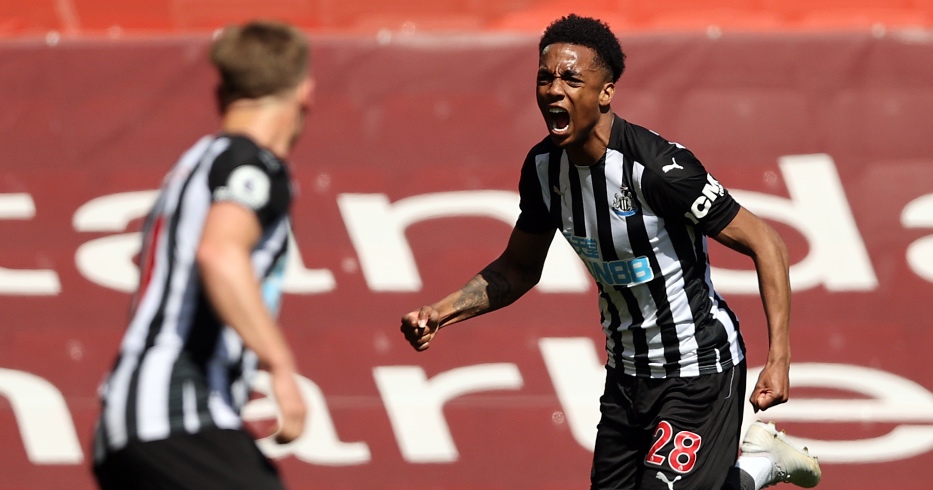 Firmino, the only forward so far blameless as he had not had a chance, saw his near-post volley saved by Dubravka’s outstretched foot but Liverpool’s performance after the break was so ragged Klopp replaced Jota with midfielder James Milner, overtaking Peter Crouch for the most substitute appearances (159) in Premier League history.

Newcastle’s introduction of Wilson and Willock gave the visitors a new threat and with chances still going begging at the other end, the visitors remained in the game far longer than they should have.

Long enough, in fact, for the two substitutes to have a significant say.