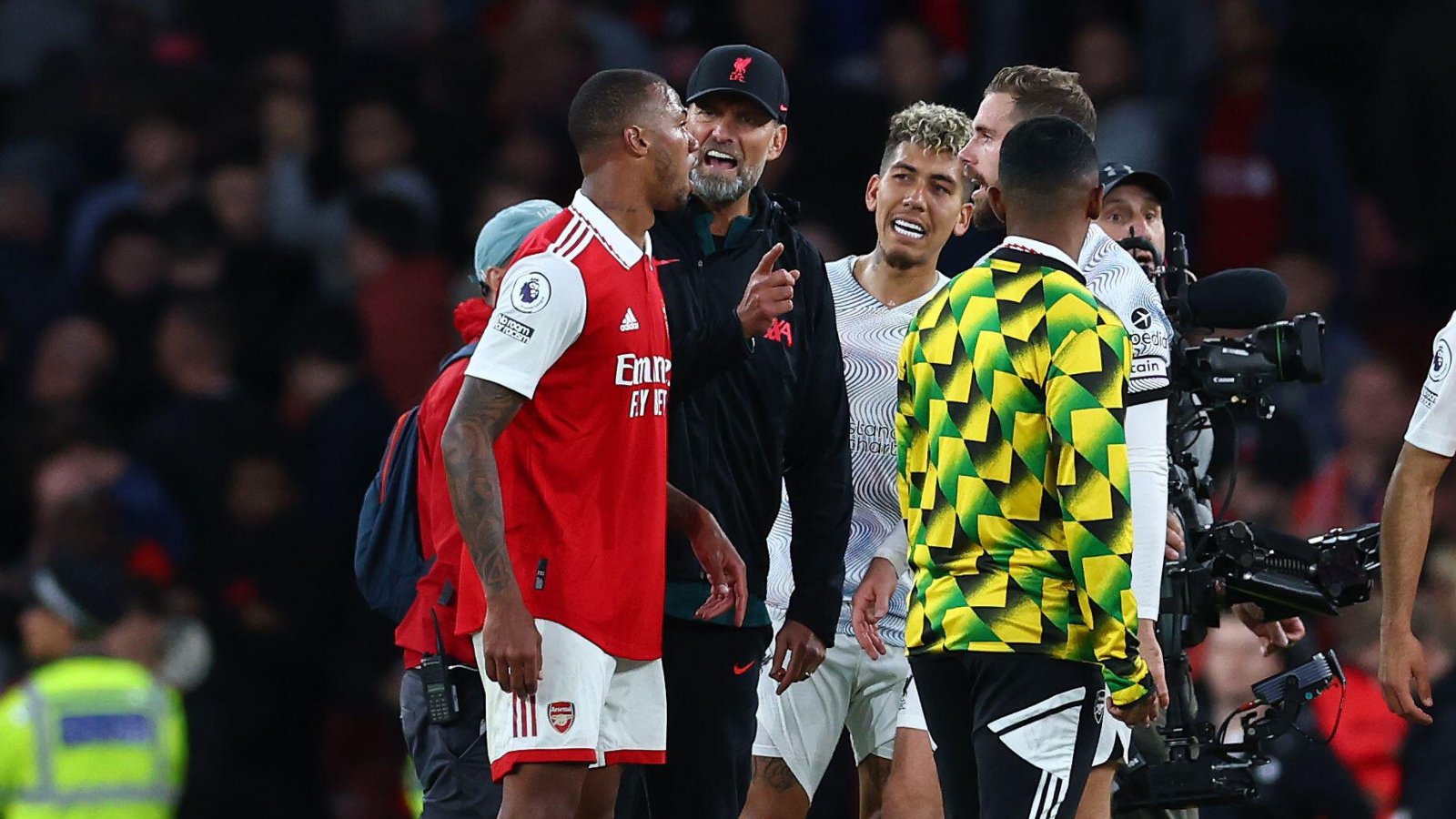 Liverpool captain Jordan Henderson has broken his silence after being cleared of any wrongdoing in a heated incident with Arsenal defender Gabriel Magalhaes.

The pair clashed during the Gunners’ 3-2 victory over the Reds at the Emirates Stadium on October 9 in an angry confrontation.

Henderson was investigated by the Football Association after claims the Liverpool midfielder, who strenuously denied the allegation, had made a comment which incensed the Brazilian.

Henderson and Gabriel both provided statements, along with witness statements from six other players, with the FA revealing recently they would be taking no further action.

An FA statement read: “None of the witnesses heard the alleged comment, and the player accused strenuously denied the allegation throughout.

“The FA continues to take all allegations received extremely seriously and would encourage anyone who believes that they have been the subject of or witness to abuse to report this through the appropriate channels.

“The FA receives a number of complaints in any one season and thoroughly investigates each one that it receives. Following consideration of all of the evidence received, not all cases will result in a charge being issued.”

The Liverpool captain insists that “people must be empowered to come forward if they feel they have been wronged” as he opened up on the incident and investigation.

“I understand why I have to be asked about this, but what I tried to do was respect the process,” Henderson told the Daily Mail.

“I have spoken before about black players being brave enough to speak out about discrimination so I couldn’t then change my stance. I still feel I need to show respect now, even though it’s been dealt with.

“I’ve let the FA do what they needed to do and I still feel it wouldn’t be right for me to speak about it. It is just as important to respect the process afterwards as it is during the case.

“I could speak to you all day about how I was feeling but I have to accept what happened and move on. By the way, that wasn’t easy.

“There were a million and one things I wanted to say – emotional things – but I think it would have been wrong.

“It has not changed my mind that people must be empowered to come forward if they feel they have been wronged.

“It has changed my thoughts a little bit about the person who has been accused but if people feel they have been discriminated against, they must come forward.

“It would not be right for me to sit here and say how hard it was for me, because there is another person involved as well. It has been dealt with and it was another learning experience in my life.”