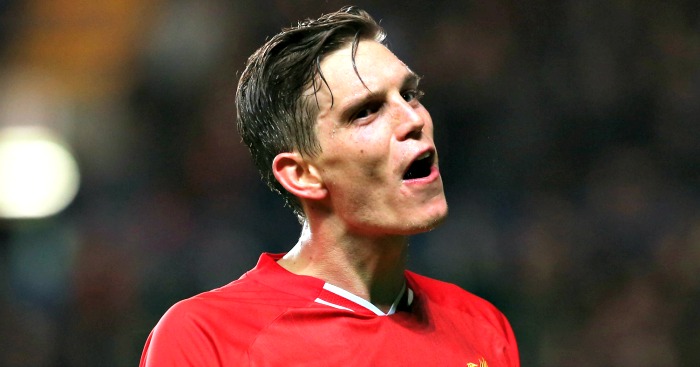 Daniel Agger has discussed the circumstances surrounding his retirement, and his relationship with Brendan Rodgers.

Defender Agger announced his retirement from playing last week at the age of just 31 after constant battles with injury.

In an interview with Danish publication Jyllands-Posten, the former Liverpool man opened up on the difficulties he faced during his career, including a reliance on painkillers to make it through matches.

“I have taken too many painkillers in my career. I know it, and that is bad,” Agger said. “But I’ve stopped doing it now.”

The former Denmark international then discussed an incident with Brondby, with whom he played both the first and last two seasons of his professional career.

After feeling weary on the team bus travelling to face FC Copenhagen, Agger had a caffeine drink in order to stay awake. The defender had taken arthritis pills before the journey to combat his injuries however, and so did not remember any of the first half.

Upon his substitution with less than half an hour played, the defender blacked out in the changing rooms. On the incident, Agger said: “I’m done with this circus.”

The Dane then discussed his time with Liverpool, who he joined in 2006 from Brondby and left to return to his hometown club in 2014.

Agger became a cult hero at Anfield, making 232 appearances for the club, winning a Community Shield and a League Cup, and helping them reach the 2007 Champions League final.

He was sold for just £3million to Brondby two years ago however, after playing two seasons under manager Brendan Rodgers.

On his relationship with the now-departed boss, Agger said: “Rodgers didn’t appreciate the things I could do.”