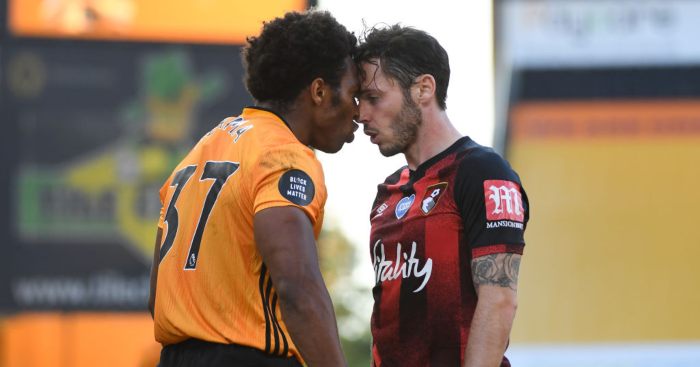 A Spanish journalist claims that Liverpool have made a huge offer to bring Wolves winger Adama Traore to Anfield this summer.

Traore has developed into one of the most dangerous attackers in the Premier League. Not only fleet footed, Traore is extremely tough to knock off the ball. Numerous sources have claimed Jurgen Klopp is very much keen on a deal for the former Barcelona man.

Traore has taken his game to another level this season scoring six times and weighing in with 12 assists. As such, Wolves are said to have stuck a £70m fee on his head.

FEATURE: Five players (other than Werner) that would improve Liverpool

However, the asking price does not appear to have dissuaded Liverpool. According to Mundo Deportivo journalist Miguel Rico, the Reds have not only made clear their interest, they have already tabled a bid for Traore.

Quite how much the bid is has not been disclosed, nor does he say if it’s been accepted or rejected. But Rico has suggested Liverpool are not alone in bidding for Traore, stating Wolves have ‘several offers on the table’ for the 24-year-old.

Klopp is known to be keen on strengthening his attack this summer. Liverpool had been on a deal for Timo Werner this summer, but walked away from the deal due to the costs involved. Their loss appears to be Chelsea’s gain.

However, it was reported earlier in the week that Klopp remains keen to bolster his attack this summer. It now seems, if Rico is correct, that Traore has now emerged as their No 1 target and that Liverpool will do all they can to land the star.

He wouldn’t be a bad person to have as cover and competition for Mohamed Salah, Sadio Mane or Roberto Firmino. Traore gave Liverpool a torrid time earlier this season and after the game earned high acclaim from Klopp.

Klopp told BBC Sport: “He is unplayable in moments, it’s unbelievable. What a player – it’s not only him but he’s so good.”