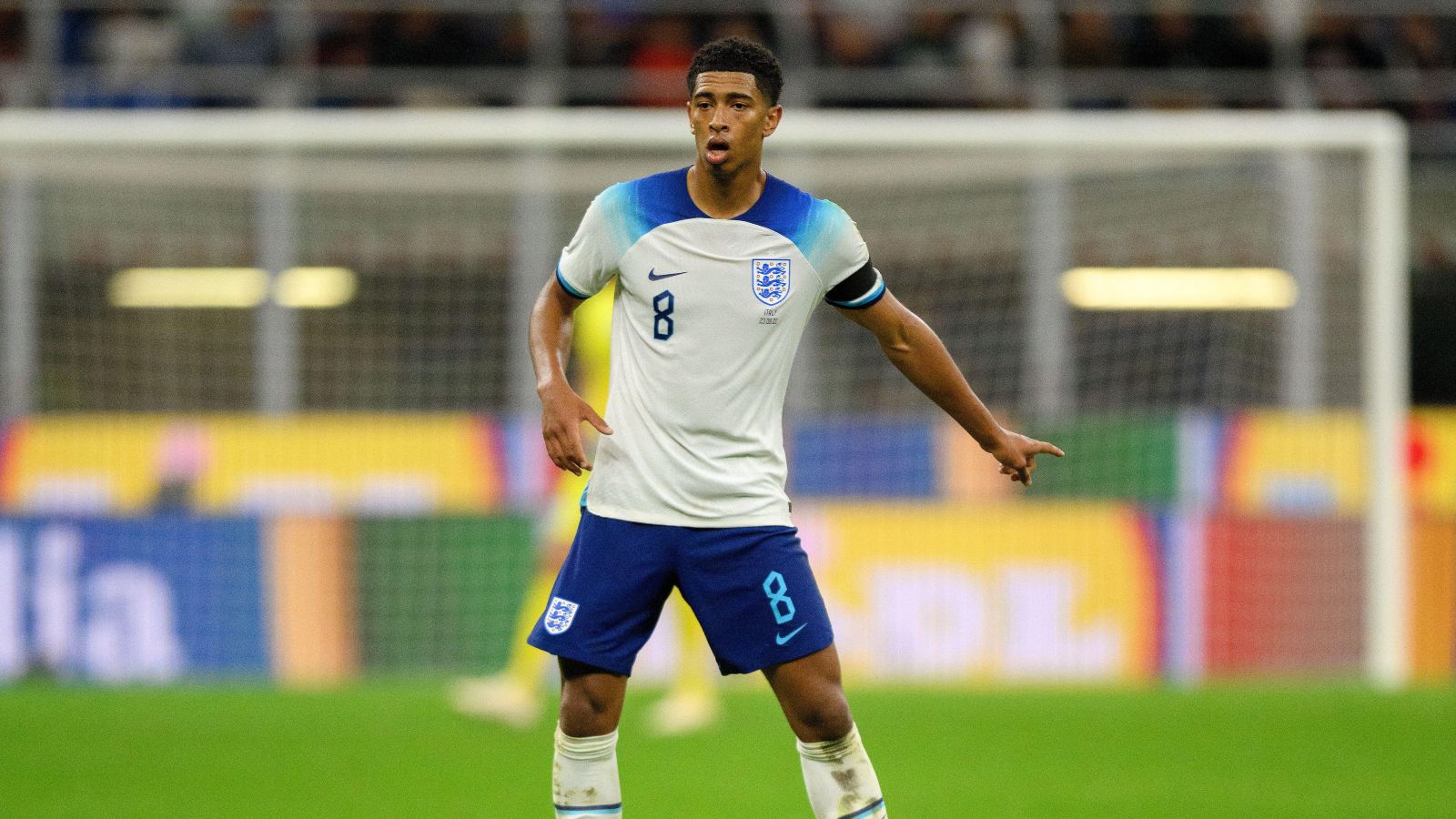 Borussia Dortmund midfielder Jude Bellingham has decided he wants to join Real Madrid this summer over Liverpool, according to reports.

The Reds have been lining the England international up for a while now as their big summer target for 2023 after they put their pursuit of a new permanent midfielder on hold until then.

Bellingham, who started in England’s 1-0 loss to Italy in the Nations League last week, has made a big impression in Germany following a move to Dortmund in 2020 for an initial £25m from Championship side Birmingham City.

He has already made 100 appearances for the Bundesliga side at the age of 19, which has earnt him 16 caps for the Three Lions in the process.

Bellingham’s performances have led to interest from Liverpool, Manchester United, Chelsea and Manchester City with Spanish giants Real Madrid and Barcelona also understood to be keen.

Liverpool have been particularly interested with reports indicating that they were willing to wait until 2023 for a new midfielder if it meant they could land top target Bellingham.

After a number of injuries and a mixed start to the new season, Liverpool went into the transfer market on deadline day for the loan signing of Juventus midfielder Arthur.

But their main long-term target is still understood to be Bellingham with claims today from Spanish publication Marca (via Paisley Gates) that Liverpool have submitted an offer to Dortmund for Bellingham.

However, Bellingham is not only the Reds’ top target, Real Madrid are putting everything into signing him too with Los Blancos already contacting his representatives.

And Marca add that Bellingham has received multiple offers from the Premier League but he is set to reject them all in favour of a move to Real Madrid.

Liverpool boss Jurgen Klopp had made a ‘special insistence’ that the Reds pursue Bellingham next summer but it looks like they will be forced to look elsewhere.

Former Premier League striker Gabby Agbonlahor will be sceptical over the fresh reports as he doubts Bellingham would want to choose Real Madrid over Liverpool.

Agbonlahor told Football Insider: “You have to remember Real Madrid have (Aurelien) Tchouameni, they have (Eduardo) Camavinga, (Toni) Kroos and (Luka) Modric are still there. They’ve got a lot of options, Real Madrid. (Federico) Valverde is another one.

“Bellingham is not going to want to go somewhere where he’s not guaranteed to start and I don’t think he’d start in that Real Madrid midfield.

“He’s probably looking at Liverpool and thinking ‘I’m straight in, I’d play every game’. I think he would choose Liverpool. I don’t think Real Madrid would go in for him, they’ve got enough cover in that position. I don’t think they’d spend the big money on him.

“They might even want him to go to Liverpool and they get him afterwards, after four or five years.”