Andy Robertson is "flying the flag for Scotland" as well as Liverpool, according to King Kenny. 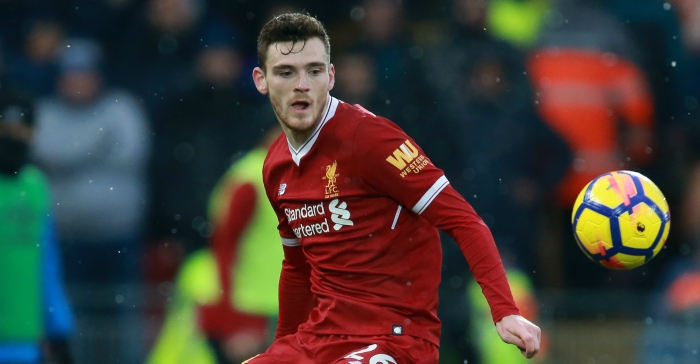 Kenny Dalglish admits he could not be prouder of the impact fellow Scot Andy Robertson has made at Liverpool.

The left-back took his time convincing boss Jurgen Klopp he could cut it at Anfield after sealing an £8million switch from Hull last summer.

But since breaking into the German’s line-up just before Christmas, the 24-year-old has gone on to establish himself as a firm Kop favourite with a string of energetic displays.

With a Champions League semi-final showdown against Roma to look forward to next week, Robertson is now hoping to emulate the achievements of countrymen Dalglish, Alan Hansen and Graeme Souness, who won a hat-trick of European Cups during the Reds’ halcyon days in the late 1970s and early 1980s.

That would complete a remarkable rise for a player who just five years ago was plying his trade with Queen’s Park in Scotland’s Third Division – and Dalglish believes the former Dundee United prospect deserves every accolade coming his way.

The former Liverpool favourite told the Scottish FA: “Andy has been fantastic ever since he came in to the team. I’m sure he was man of the match on his debut.

“Everyone in Scotland should be very, very proud of him.

“You only need to come to a game to sense the respect the punters have for him.

“They really enjoy watching Andy and he has his own chant already, which I know means a lot to him.

“Andy’s a quality player. He has pace, his final ball is excellent and he plays with his heart on his sleeve.

“It gives me a lot of satisfaction to see him flying the flag for Scotland.”