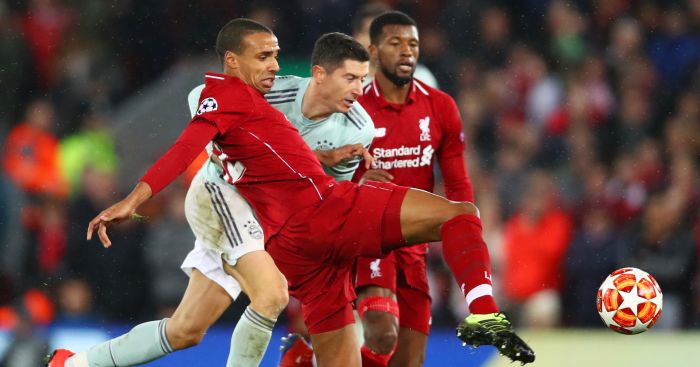 Joel Matip has been a “bonus” for Liverpool and has to start the Champions League final, according to Mark Lawrenson.

But he has been the unlikeliest hero of their excellent season, forming a fine partnership alongside Van Dijk after injuries sidelined both Gomez and Lovren.

With Gomez now fit and Lovren having started last season’s Champions League final defeat to Real Madrid, Matip’s place against Tottenham in Madrid could be under threat.

But Liverpool legend Lawrenson insists the 27-year-old should be rewarded by keeping his place on June 1.

“It would be tough on Matip. He has been really, really good – and not just defensively,” Lawrenson told Liverpoolfc.com.

“He has been a bonus because he has been coming out with the ball and committing opposition midfield players. If you’re a midfield player in that team, you’re looking at that and thinking it’s great because he’s giving you a little bit more room to play.

“I think it’ll be Joel Matip and Virgil van Dijk. I can’t see any other combination.”