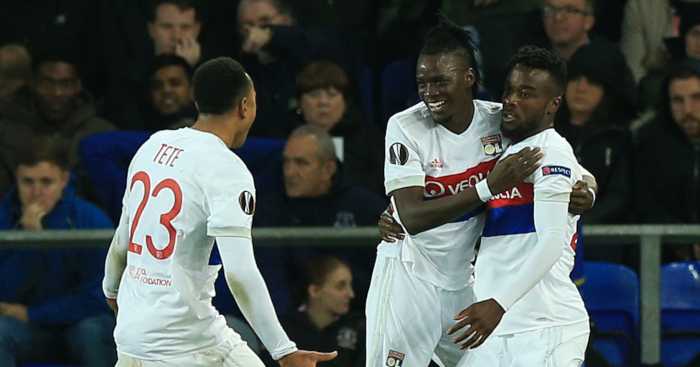 Liverpool have drawn up a short(!)list of 12 names to replace Daniel Sturridge this summer.

The Premier League runners-up and Champions League finalists have made a successor to Sturridge one of their two transfer ‘priorities’.

Sturridge is likely to leave after six-and-a-half years at Anfield when his contract expires at the end of the season.

Max Kruse emerged as a surprise candidate for the role earlier this week, but the Daily Mail have not included him in their rundown of the 12 forwards Liverpool are considering signing.

They report that the club ‘sent scouts to Lyon’s 3-0 win over Marseille on May 12 and the 2-2 draw with Lille on May 5’ to watch Bertrand Traore and Maxwel Cornet. The former failed to score or assist in either game, while Cornet netted twice against Lille.

Another Ligue Un target is Nicolas Pepe, who is also wanted by PSG and Manchester United. The Mail concede that ‘it would be a surprise’ if Liverpool made a move for the winger, as he is rated at £60m.

But Klopp could also look to Germany, with Jurgen Klopp having long been interested in RB Leipzig’s Timo Werner. The manager is also ‘known to be an admirer’ of Bayer Leverkusen’s Julian Brandt.

A cheaper option could be Samuel Chukwueze of Villarreal, who has been compared to Arjen Robben. The 20-year-old scored ten goals and assisted four from the right wing in 26 starts this season.

A move for £105m-rated Joao Felix seems unlikely due to the inflated price, while ‘Liverpool asked about’ Celta Vigo’s Maxi Gomez earlier this year.

Klopp could look closer to home, with Ryan Fraser ‘one of the more expensive names’ being considered. Felipe Anderson is a similarly ‘Premier League proven option’.