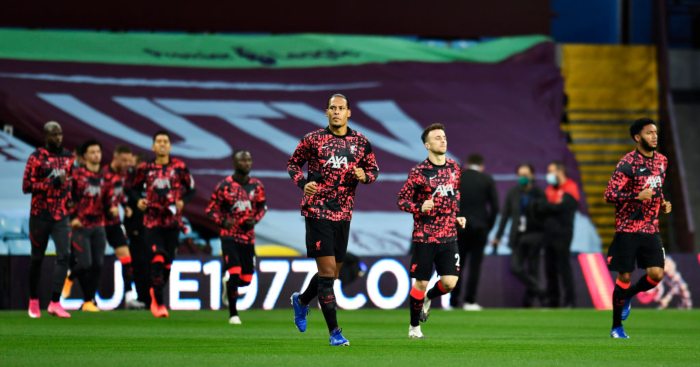 The Dutchman requires knee surgery and faces several months out after being clattered by Everton goalkeeper Jordan Pickford during the Merseyside derby on October 17.

It has come as huge blow to the Reds’ aspirations this season with Fabinho – who took Van Dijk’s place in central defence – now picking up an injury too in their Champions League win over Midtjylland on Tuesday night.

And Barnes has urged Liverpool to try a “cruel” solution to avoid negativity taking hold of the Reds camp.

“Losing a player like Virgil van Dijk is a huge loss for Liverpool but it depends on how much the team focuses on losing him for this season,” Barnes told BonusCodeBets.

“If they spend too much time thinking about playing without him, then it will naturally become a negative factor.

“I remember when I was playing, whenever big players got injured it was always the Liverpool philosophy that the team is the most important thing, which is something that Jurgen Klopp has brought back.

“If a big player got injured, no matter who they were, the staff didn’t even speak to him, which may sound cruel but that’s just how it was.

“I say this with love and with affection for all the staff, at Liverpool the whole philosophy was no matter who you are, if you’re injured then you can’t help the team to win the game on Saturday so they don’t focus on you at all.

“I found it so strange when I first went to Liverpool because I remember my first injury and I’m doing really well and all of a sudden, they do not talk to you.

“This must be the attitude that the club takes with Van Dijk. If they focus too much on his injury, it can affect the players and it will become a big deal that he isn’t playing. We of course miss him and rate him very highly, but he’s not around and we need to deal with that.”