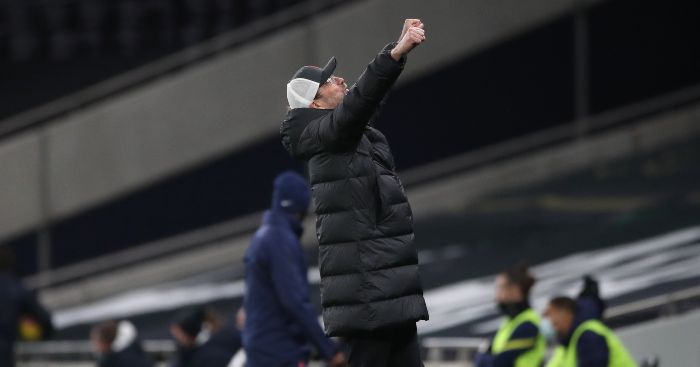 Liverpool are in talks to sign Preston centre-back Ben Davies in a deal worth around £2m, according to reports.

Jurgen Klopp’s side have had a lot of bad luck with injuries this season, especially in defence. Their first-choice centre-backs Virgil Van Dijk and Joe Gomez are both unable to play again this campaign.

Joel Matip has been left as their only senior centre-back but he has a history of injury problems himself. Jordan Henderson, Fabinho and the inexperienced Nat Phillips and Rhys Williams have instead been called upon in defence for much of this season.

With the transfer window set to close on Monday night, Liverpool looked unlikely to get a new defender signed in time.

But Daily Mail reporter Dominic King has revealed that the Premier League champions are in deep discussions with Preston over the signing of Davies.

The report adds that the “deal looks increasingly set to happen” with Davies joining Liverpool for around £2m. It is also said that Sepp van der Berg will join Preston on loan as part of the deal.

Davies made his senior debut for Preston when he was just 17-years-old. He has made over 130 appearances for them since his first outing in 2013.

The 25-year-old has had loan spells with Newport County and Fleetwood Town in recent years. He has made 30-plus Championship appearances for Preston in three consecutive seasons. Davies has played 18 times already this term.

Klopp conceded after Sunday’s 3-1 win at West Ham it “makes sense” for Liverpool to sign a centre-back but was tightlipped on any specifics.

He said: “On transfer things, we don’t say anything until something is done. I’ve said it all the time: in our situation, it makes sense [to sign a centre-half]. Our eyes are always open and we try to fix our situation if we can do it. If not, we play like we did tonight.”