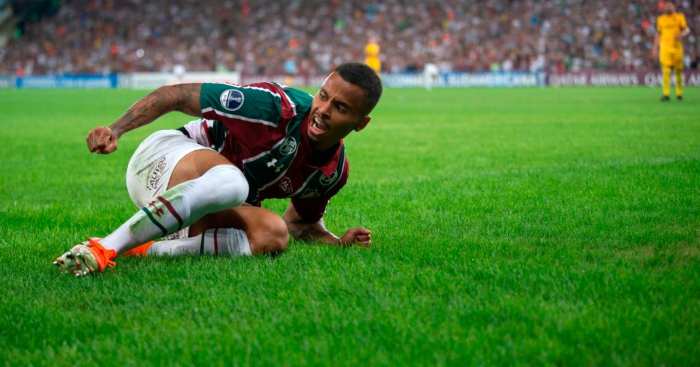 Fluminense have “started talking” to Liverpool over a potential permanent move for Allan, according to the Brazilian club’s president.

The 22-year-old has been impressing on loan at the Brasileirão side this season, with the defensive midfielder making 36 starts for the club in all competitions.

They are not only interested in Allan but also fellow loanee Caio Henrique – whose parent club is Atletico Madrid – after they have both enjoyed successful loan spells.

Flamengo and Sao Paulo have also been linked with moves for Allan, who has never made an appearance for Liverpool.

And Fluminense president Mario Bittencourt has an update on negotiations over potential deals for Allan and Henrique.

“I’ve sent eight or nine statements to both clubs saying I’m still interested in the players. The salary proposals have already been made to the players and both accepted, but I depend on Atletico and Liverpool,” Bittencourt told Globo Esporte (via Sport Witness).

“In Allan’s case the situation is a bit more accessible. Liverpool show no interest in renewing the loan, just in selling the athlete, but we have started talking some formula within the possibilities of Fluminense.”

Allan has had previous loan spells at the likes of Hertha Berlin, Eintracht Frankfurt and Apollon Limassol.