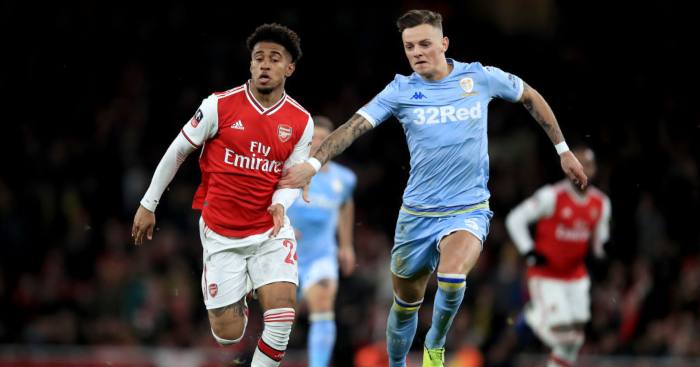 Liverpool are in a three-way battle to sign Brighton defender Ben White, according to reports.

White has made 27 appearances in all competitions for Leeds United this season, where he is on loan for the campaign.

The 22-year-old has been impressive for Marcelo Bielsa’s side since arriving in the summer and his performances have caught the eye of a number of clubs.

Sky Sports claim that Liverpool and Premier League rivals Tottenham and Chelsea are ‘among the clubs monitoring’ White during his loan period.

The loan deal that saw White join Leeds from Brighton in the summer has ‘no break clause’ which means any club would have to wait until the end of this season to see him playing in their colours.

However, Sky Sports adds the ‘most likely chance of a deal this month would be for a club to buy him and agree to loan him straight back to Leeds for the rest of the campaign.’

A report earlier this season claimed that clubs would probably have ‘to pay around £20m for his services’.

Sky Sports continued: “Liverpool are not expected to follow up on their reports on White in this window.”