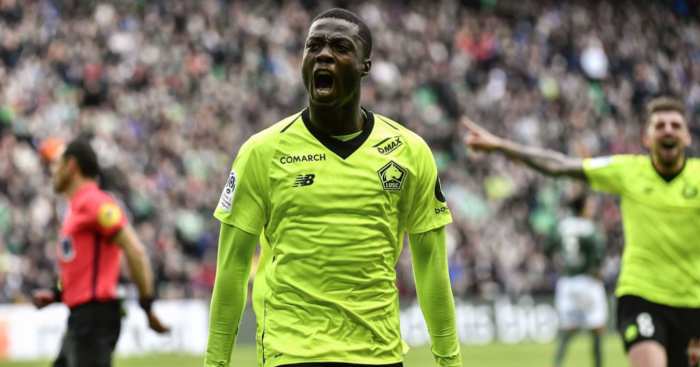 Liverpool are ready to enter the race for Lille winger Nicolas Pepe in the coming weeks, according to reports.

Pepe has 19 goals and 11 assists in Ligue 1 this term, and Liverpool as well as their rivals Arsenal, Chelsea and Manchester United have all been credited with interest.

There has been valuations of €60million and €70million bandied about in the media recently with L’Equipe (via Sport Witness) claiming on Friday that it is more likely to be the lower number.

An offer around that amount from Inter Milan had been mentioned in France as they became the latest team to be linked with the Ivory Coast international.

However, the report in L’Equipe reckons Jurgen Klopp’s side ‘intend to position themselves’ for the potential signing in the coming weeks, despite the French newspaper not expanding on exactly what that means.

Bayern Munich and Paris Saint-Germain have also been mentioned as possible destinations for Pepe, with the player’s representative Samit Khiat admitting recently that a decision is yet to be made over his client’s future.

“We are in discussion with clubs. No decision has been taken,” Khiat told RTL.

“Today, there are no favourites, be it Bayern Munich or another club. Nicolas will not go just anywhere. We have not decided on which league.”