Liverpool have reportedly begun discussions to sign a Croatia international in the next transfer window. 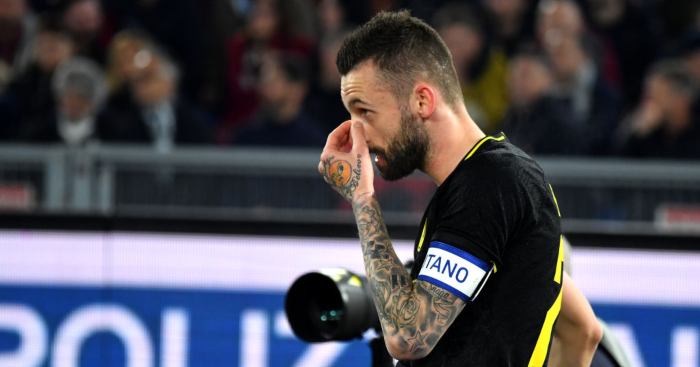 Liverpool have a battle on their hands to land their man despite opening talks with Inter Milan over £52m-rated midfielder Marcelo Brozovic, according to reports.

The Reds were enjoying a dominant domestic campaign before the season was suspended, closing in on their first top-flight title success in 30 years.

But despite that, Reds boss Jurgen Klopp is refusing to rest on his laurels and is looking to upgrade the one position in the Liverpool team that is sometimes up for debate.

While Jordan Henderson has been a dominant force this season and Gini Wijnaldum a consistent performer, the likes of Naby Keita and Fabinho have not quite had the same impact – leading Klopp to move for reinforcements.

And the Daily Express, via Libero, claims that Liverpool have begun discussions to sign Croatia international Brozovic, who would cost in the region of €60m (£52m).

However, Inter are still aiming to put a spanner in the works of any potential deal by offering the 27-year-old a bumper new contract at the San Siro.

Brozovic can play any of the roles in central midfield but is best suited to the holding position and is renowned for his range of passing, similar in style to former Reds favourite Xabi Alonso in that regard.

That sort of midfielder appears to be the missing piece for Klopp, although the Reds may face a summer-long battle to get their man if Inter are determined not to let him leave.