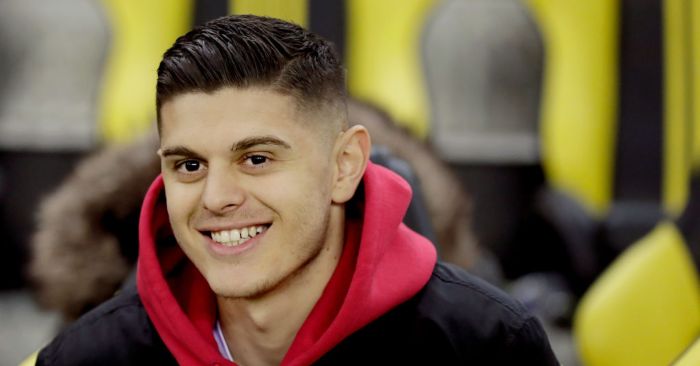 Liverpool interest in Milot Rashica has been confirmed by the president of the Kosovan Football Federation.

Rashica has been linked with a move to Liverpool since the turn of the year, and as recently as last month.

The forward is considered a cheaper alternative to Timo Werner or Jadon Sancho, with Rashica having a £33m release clause at Werder Bremen.

Goals against Bayern Munich, Borussia Dortmund and Bayer Leverkusen have marked the 23-year-old out as one of the Bundesliga’s leading young lights, catching the eye of Liverpool in the process.

Agim Amedi has confirmed that the current Premier League leaders are tracking the forward.

Liverpool’s Champions League heroes: Where are they now?

“There are many requests for him. I know that Liverpool in the Premier League want him, but also Leipzig in the Bundesliga,” Amedi told Syri TV, as translated by AreaNapoli.

“I am sure that he will be advised in the best way to make his decision.”

It seems unlikely that Liverpool will countenance a deal, however, after deciding not to invest heavily for the second successive summer.

The Reds are making budget adjustments as a result of the global pandemic and football’s subsequent temporary suspension.

Werner and other top target Houssem Aouar will no longer be pursued, and nor will Rashica as Jurgen Klopp sets out to work with the squad he already has at his disposal.

Certain players will leave, such as Adam Lallana upon the expiration of his contract, but only potential swap deals will be explored by the club.