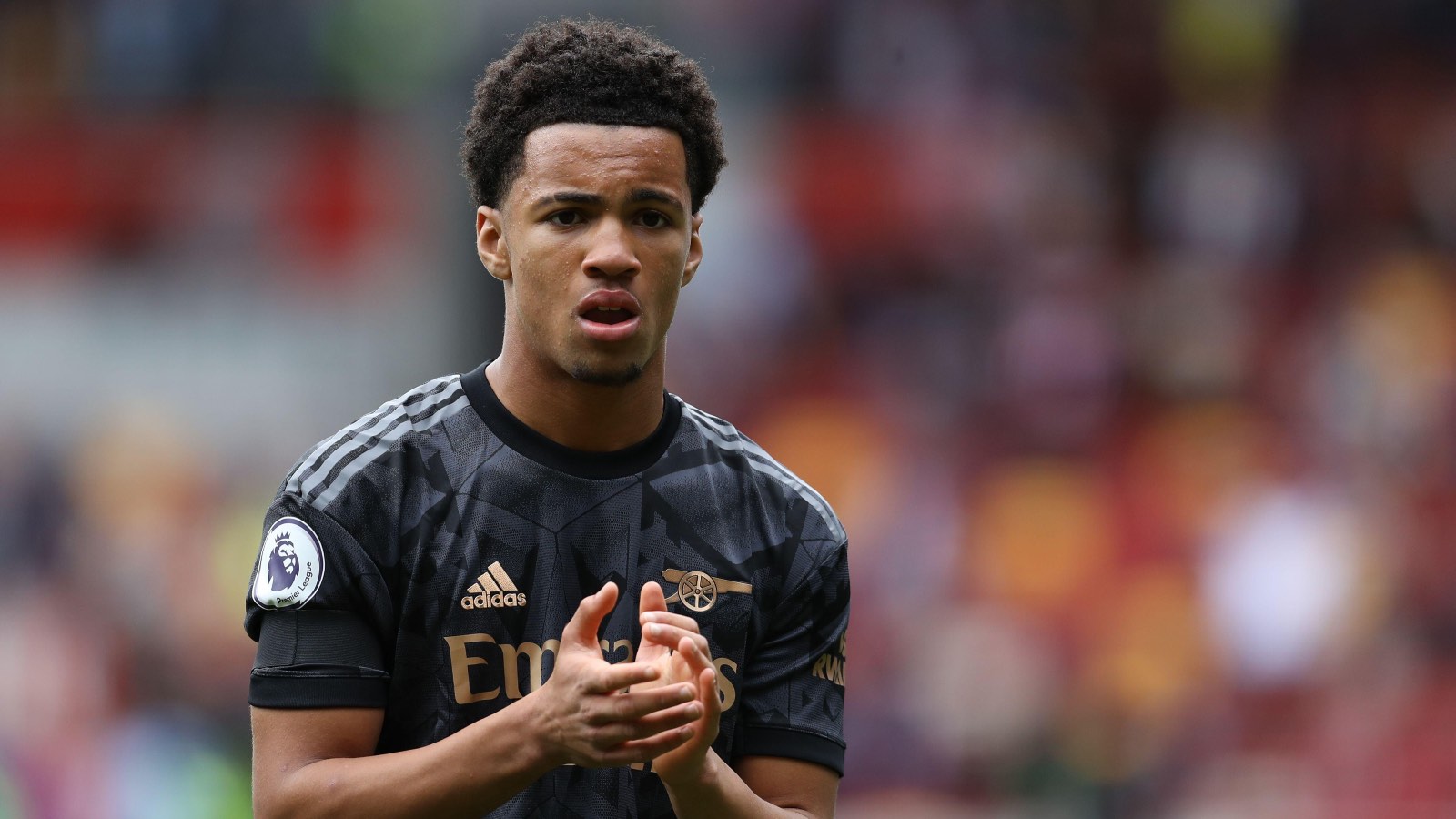 Rio Ferdinand says ‘there’s no doubting the ability’ of Ethan Nwaneri and likened the Arsenal teenager to Phil Foden as the reason behind his promotion to the first team has been revealed.

Nwaneri, who was born in 2007, became the youngest player in Premier League history, beating the record previously set by Harvey Elliott, when he came off the bench for the Gunners in their 3-0 win on Sunday.

READ MORE: Ranking all 23(!) Premier League managers from the season so far

The teenager was called up for first-team training the day before the clash and was serenaded with chants of ‘He’s going to school in the morning!’ by the Arsenal fans after he replaced Gabio Vieira in injury-time.

According to Metro, the Gunners fast-tracked Nwaneri into the first team amid interest from Manchester United and Liverpool.

And Ferdinand claims, after talks with Arsenal coaches, that the 15-year-old is at a ‘level’ few of that age have matched.

“There’s no doubting this kid’s ability,” Ferdinand told his YouTube channel on Tuesday.

“I’ve heard from coaches that are at the club and from various different people in the game at that level that there aren’t many 15-year-olds in the last 10 or so years that have got the ability that this guy’s shown on a consistent basis.

“We are talking the Fodens of this world. At 15, he’s at a similar level they’re talking.”

Ian Wright has revealed his “pride” at Nwaneri making his debut at such a tender age, but not everyone is convinced.

Danny Murphy questioned Arteta’s decision to play the teenager, and says there must be players “further ahead in their development” who could have been used instead.

“I am not convinced it is the best move for a young player, I’m really not,” Murphy said.

“I have seen superstars come on the scene at a young age and thrive and go on and carry on, but there has also been a lot who have fallen by the wayside.

“He is obviously a super talent, doing well in training and impressing everybody, but surely they have got other 18, 19 and 20-year-olds who are further ahead in their development who could have gone on the bench.

“I think Arteta is probably trying to keep a young superstar happy but I’m not sure about it.”