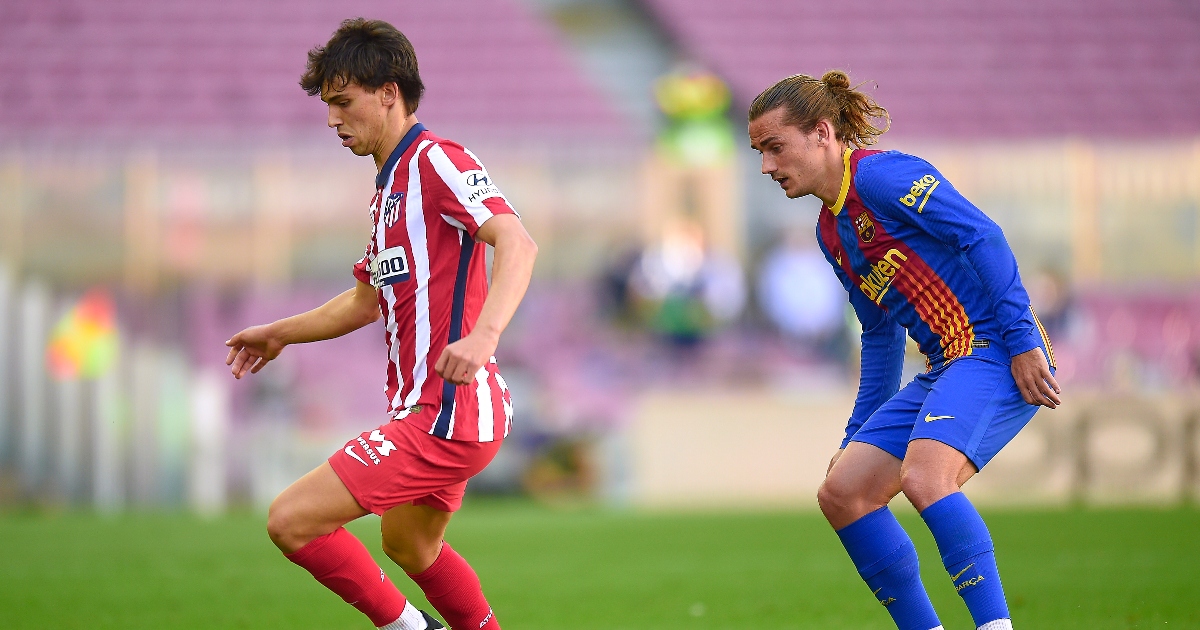 The Spanish side forked out £113million for Felix just over two years ago, with the then teenager considered to be the next Cristiano Ronaldo.

But the Portugal international has failed to live up to that billing despite a promising start for Atletico and has started just one La Liga game this season following the return of Antoine Griezmann to the club from Barcelona.

And according to Fichajes (via Caughtoffside) Atletico are looking to loan out their record transfer to revive his career, with Liverpool named as a potential destination.

It’s said though that Jurgen Klopp’s side would only be interested in a loan if there is an option to buy the forward included in the agreement.

And even then, it will depend on the agreed fee for that option, which will have to be significantly less than the nine-figure sum Atletico paid for the Portuguese star.

Felix is suited to playing in the false No.9 role and could fluorish under Klopp playing a similar role to the one Roberto Firmino has held at Anfield through much of their recent success.

Meanwhile, Georginio Wijnaldum has admitted he is not “completely happy” at Paris Saint-Germain having moved to the French giants from Liverpool in the summer.

Wijnaldum’s Anfield contract expired in the summer and he was linked with Barcelona before eventually moving to the French capital.

But the Dutchman has featured for just over 500 minutes for PSG having been used to playing close to every minute for Liverpool under Klopp.

Wijnaldum said: “I can’t say I’m completely happy, because the situation is not what I wanted.