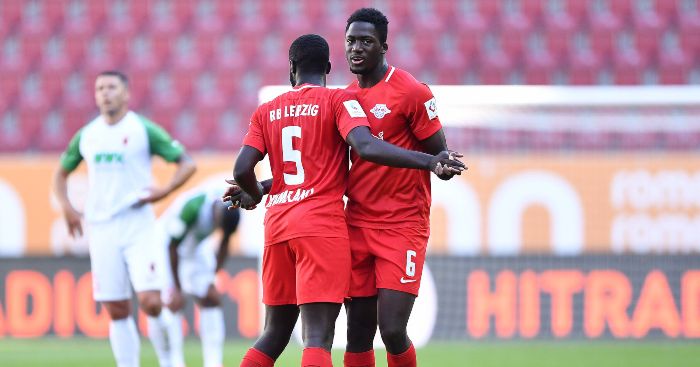 Liverpool are interested in signing Ibrahima Konate and Dayot Upamecano from RB Leipzig, according to Sport BILD journalist Christian Falk.

The Reds have suffered a number of losses to their backline this season with Virgil van Dijk and Joe Gomez struck down by long-term injuries earlier this term.

The likes of Rhys Williams and Nathaniel Phillips have stepped up in the absence of the duo, while both Fabinho and Jordan Henderson have been utilised in the centre of defence.

OPINION: Jurgen Klopp is right-back where he started at Liverpool

And there have been rumours that Liverpool will look to bring in a new defender during the January transfer window with their form slipping over the last few weeks.

And Falk, who is Sport BILD’s head of football, claims that Liverpool have made ‘contact’ with Upamecano’s ‘management’ while the Reds are ‘also interested in Ibrahima Konate’.

News of interest in Upamecano is nothing new with Liverpool and Manchester United both linked with the centre-back in recent times.

Upamecano could be a relative bargain at £40million thanks to a clause in his RB Leipzig contract, while Leipzig are said to be open to an offer for his team-mate Konate.

However, in a recent interview with Sky Sports, transfer expert Fabrizio Romano claimed that a deal for Upamecano would be “impossible” for Liverpool in the current window.

“I think that Jurgen Klopp has been so honest when he speaks about the market. Not all managers are honest about transfers, but Jurgen Klopp was honest,” Romano said.

“They are looking for opportunities. If something arrives, they will be ready to sign a new player but spending 60 or 70 million euros for players like (Dayot) Upamecano or this kind of centre-back is absolutely impossible in this window for Liverpool.

“If they will have a good opportunity, they will think about it in the next weeks. If not, I am sure Liverpool will stay with this squad.

“They will try to extend the contract of Virgil van Dijk. They are planning with him for the future so this year they will open negotiations to extend his contract and then next summer they will go for someone new.”