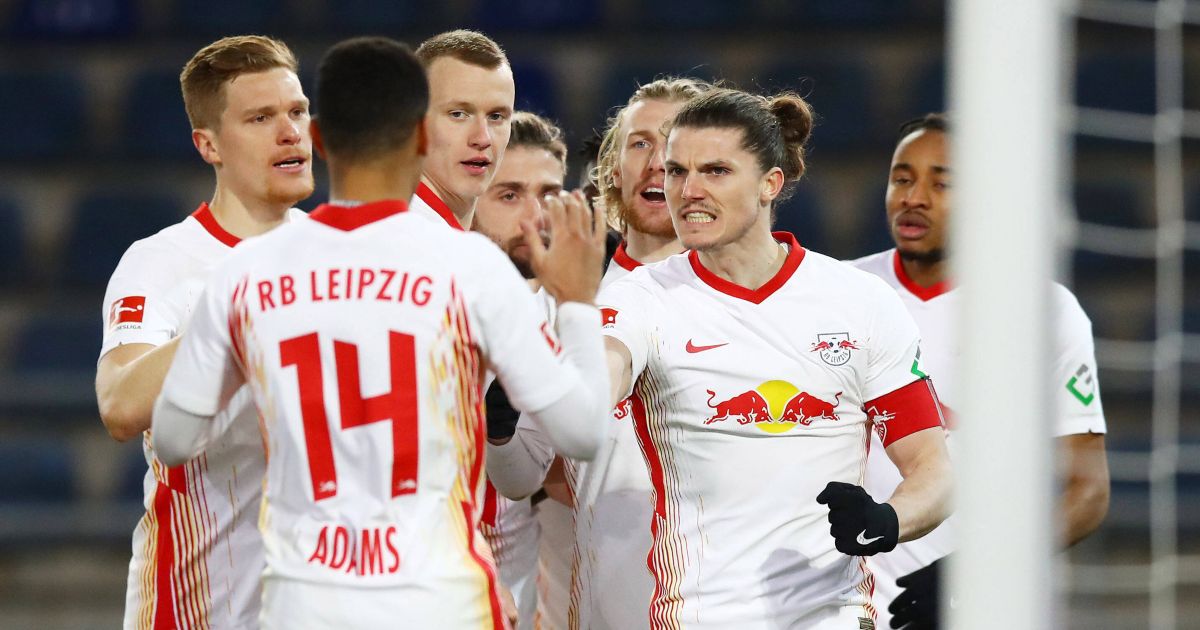 Liverpool could use the money from the sale of three players to buy RB Leipzig midfielder Marcel Sabitzer this summer, according to reports in Germany.

The 27-year-old has bagged seven goals and contributed three assists for his team-mates in all competitions this term, with second-placed Leipzig trailing Bayern Munich by just four points in the Bundesliga.

Reports on Monday have already confirmed the Reds interest in Sabitzer’s Leipzig team-mate Ibrahima Konate, with the Liverpool likely to seal a €40m deal for the defender.

And now it appears the Austria international could now follow Konate later in the summer with the Premier League giants understood to be interested.

Bild (via Sport Witness) claims that Liverpool will look to offload Divock Origi, Xherdan Shaqiri and Alex Oxlade-Chamberlain in the summer transfer window as Jurgen Klopp looks to ‘rebuild the squad’ at Anfield.

It has been a disappointing campaign for the Reds, who are out of both domestic cups and find themselves seventh in the Premier League after winning the title last season.

Although they do still have a chance of winning the Champions League after knocking out Sabitzer and Konate’s Leipzig in the last-16.

As Liverpool look to raise funds from the sales of Origi, Shaqiri and Oxlade-Chamberlain, one ‘option’ to buy with the money is reportedly Sabitzer with the midfielder only having just over a year left on his contract.

Bild name Tottenham, Man Utd and Liverpool as the ‘three clubs’ that want Sabitzer with his ‘goal’ to move to the Premier League this summer.

Despite his contract running down in 2022, it is thought that the Bundesliga side will still demand a fee of around €42m for Sabitzer.

It was reported at the end of February that Leipzig boss Julian Nagelsmann was the top choice to replace Jose Mourinho if Spurs decide to replace their current manager.

And when asked at the beginning of March if he could follow Nagelsmann to Tottenham, Sabitzer said: “I do not know what Julian is up to! I have to say: I have a contract until 2022, and not just until this summer.

“My closest circle knows my thoughts. I don’t have any stress. The question always arises if the two parties will come together. But my salary is not my main focus. I don’t play football to build a money store after my career.”