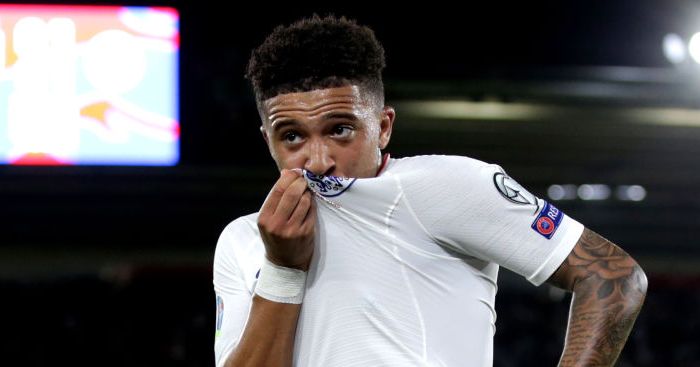 Liverpool reportedly remain keen on signing Jadon Sancho but are unsure they will be able to meet Borussia Dortmund’s asking price.

Jurgen Klopp’s side are on course to wrap up their first Premier League title by April and stand as good a chance as any at defending their Champions League crown.

But they will be looking to build on that success, with their rivals likely to strengthen significantly in the summer.

One name continually linked with a move to Anfield is Sancho, who is enjoying another incredible season for Borussia Dortmund.

No deal materialised in January, but TV reporter and former footballer Jan Aage Fjortoft now claims the winger is expected to find a new club in the summer.

Some Liverpool-news from my source that I met today.

Liverpool still very keen, but have started wondering if they can afford him.
Dortmund want 126 million pounds !!!

“Liverpool still very keen, but have started wondering if they can afford him.