Home All The News Milner: Liverpool can utilise injury ‘injustice’ in title push 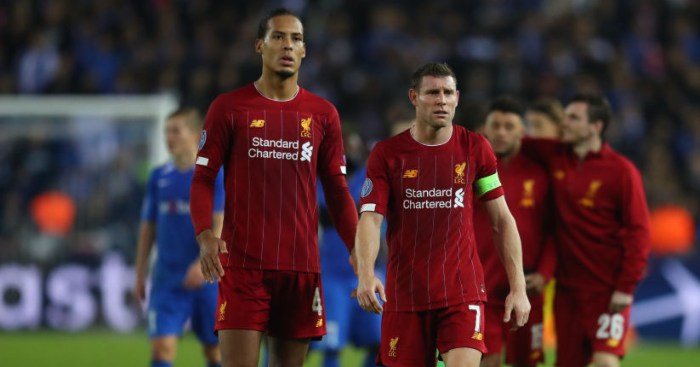 Liverpool star James Milner has admitted that Virgil Van Dijk and Allison’s injuries are hard to take, but they must use them as motivation.

Jurgen Klopp’s side currently sit third in the Premier League. But they have had an unsteady start to the season.

They opened the season strongly with wins over Leeds United, Chelsea and Arsenal. But since then they suffered a huge 7-2 defeat at the hands of Aston Villa and drew 2-2 with Everton.

Liverpool have also been knocked out of the Carabao Cup by Arsenal, and have been hit by some awful injury setbacks.

Allison suffered a shoulder injury in training ahead of the Villa game. The goalkeeper looks set to return by the end of October.

In the Merseyside derby, Van Dijk was seriously injured in a collision with Jordan Pickford. His knee injury will likely keep him out for the rest of the season.

In an interview cited by the Daily Mirror, Milner insisted that Liverpool’s close group can get over these recent disappointments:

“A lot has been going on and [there has been] a lot of emotion from all the boys.

“We are a tight-knit group and when things happen to one of us they happen to all of us, so it was a performance and we wanted to make sure we got that result for Virg.

“We need to keep doing that throughout the season but I think he will have been proud by how the boys dug in and defended and I’m sure he will have enjoyed it watching at home.

“I saw him on Tuesday and he wished us luck. It’s football. As I say, we are a tight-knit group and unfortunately, injuries are part of football.

“It makes it hard to take, how it happened. But as a group of players we have to concentrate on the next game and keep going and use that disappointment and feeling of injustice to fuel us to go on and win as many games as we can.”