Liverpool came from three goals down at half-time to beat AC Milan on penalties to win the 2005 Champions League. 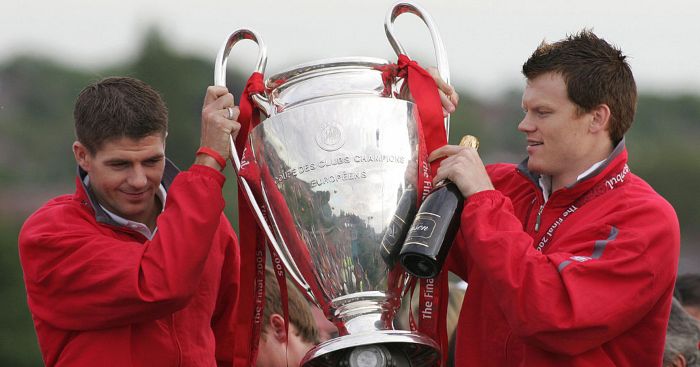 In 2005, Liverpool came from three goals down at half-time to beat AC Milan on penalties to win the 2005 Champions League final in Istanbul.

The Reds lifted the trophy again last year, overcoming Barca 4-0 at Anfield in the semi-final second leg to overturn a 3-0 deficit from the first leg, before eventually defeating Tottenham in the final.

JOHNNY NIC: The shift from People’s Game to game without people is complete

And Barnes reckons that win over Spanish giants Barcelona last year was Liverpool’s most impressive in their history.

“You can go back to when Liverpool won the European Cup in the old days in Rome, and of course there was Istanbul and you think that will never be surpassed,” Barnes told talkSPORT.

“But then there was the 4-0 at home to Barcelona, as much as it was in the semi-final and wasn’t to win the Champions League, that for me tops anything they’ve done in the past – including Istanbul.

“To beat Barcelona when you had to beat them 4-0 at home without Roberto Firmino and Mohamed Salah while they had all their players, including Lionel Messi, and for us to come back… that’s why it’s my favourite.

“Again, it shows what Jurgen Klopp has brought to Liverpool, a determination and belief to the team – to demand that kind of performance from the team regardless of who is playing, it shows what Klopp has done.”