Home All The News Liverpool join Spurs, Arsenal in race for ‘next Xabi Alonso’ 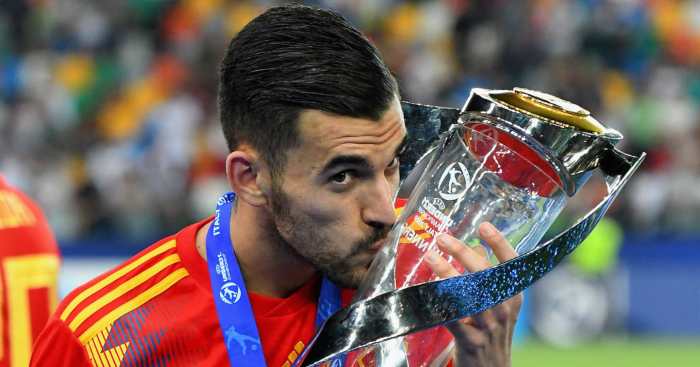 Liverpool have entered the race to sign Real Madrid midfielder Dani Ceballos, according to reports in Spain.

Spanish publication Marca claimed in May that Real ‘will seek to gain 200 million euros from player sales’ with Gareth Bale, Ceballos, Keylor Navas and Marcos Llorente all put up for sale.

Ceballos wants to play matches next season and it has become clear that he doesn’t feature in Zinedine Zidane’s plans for next season, with Spurs and Arsenal credited as interested parties.

The Spain under-21 international was the subject of interest from Liverpool last summer but reportedly changed his mind on a summer switch to Anfield at the time.

And Marca (via Sport Witness) now say in their latest report on Ceballos that Liverpool want to sign the 22-year-old permanently – but are loathe to include a buyback clause.

The Reds are understood to be really keen on the midfielder with the report saying Jurgen Klopp could have the ‘next Xabi Alonso’ on his hands if he can sign Ceballos.

However, the same problem persists from last summer that the Reds will have to convince the player that Liverpool are the right club for him.

Ceballos only arrived at Real in the summer of 2017, when he joined from Real Betis for €18million, and Don Balon claimed in May 2018 that the midfielder favoured a return to Betis over a move to join Klopp’s men.