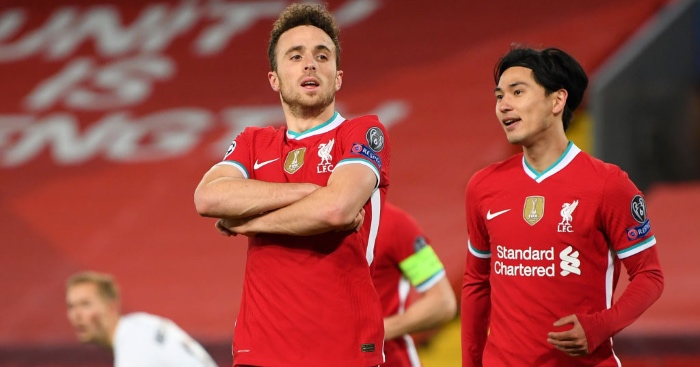 Firmino, Sadio Mane and Mo Salah are among the most feared attacking forces in Europe, but the Brazilian’s rate of scoring has dipped in recent times.

His lack of goals has led some to question his position in the side, despite his obvious importance to the way in which Liverpool play.

Jota was signed for £40million in the summer and already has three goals for his new club.

And former Liverpool left-back Konchesky claims the Portuguese star’s form may soon be enough to displace Firmino from the starting XI.

He told CaughtOffside: “He (Jota) has settled in really well since he’s been there. We know he has got the quality, as he showed it in a very good Wolves side. It’s a great option to have at a club like Liverpool.”

As for Firmino, Konchesky noted: “He brings more than just goals, but it is a massive worry that he’s not scoring many. It might be why Jota has come in and maybe he’ll play a bit more than Firmino now.”

Betting tips:
Our expert tipster partners at Sporita.com are predicting a goalfest in the Premier League this weekend. Here are some of their predictions.