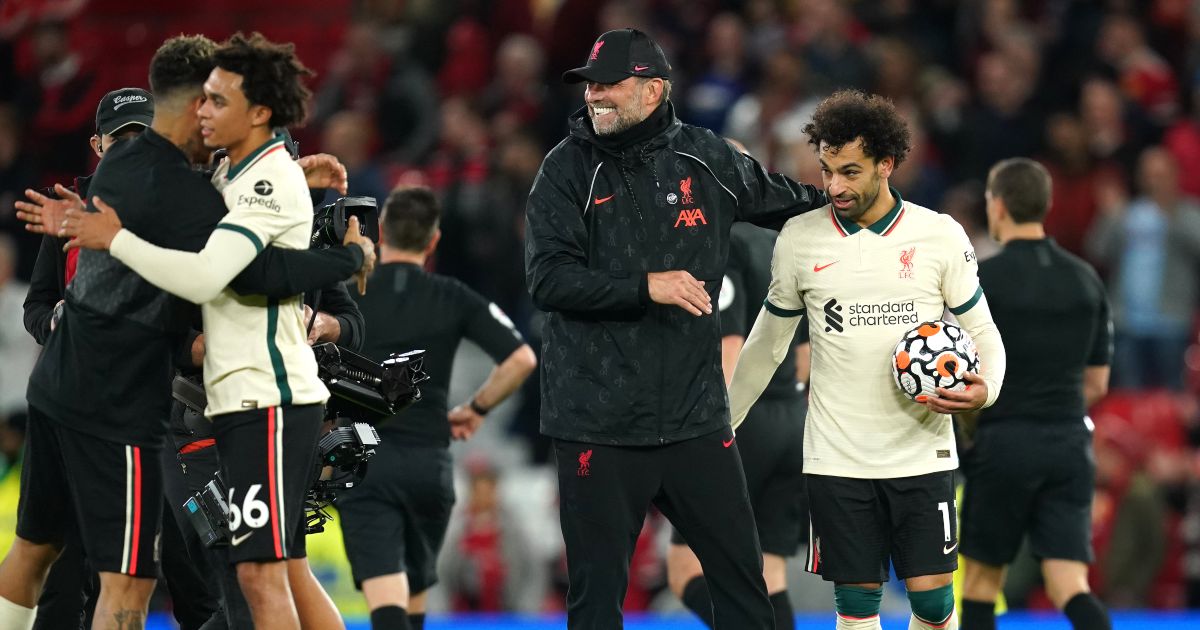 Jurgen Klopp says it is not a case of “meet for a cuppa and sort it” after Mo Salah urged Liverpool to “solve this issue” around his contract renewal.

The Egypt international is entering the final 18 months of his contract at Anfield with there yet to be a resolution to his contract situation.

Liverpool are kings of long-ball game that will rule again

Salah is quoted as saying: “The decision is in the hands of the management and they have to solve this issue. There is no problem but we have to reach an agreement for the contract. It’s up to them.

“Your financial value shows how much the club appreciates you and that they are ready to do anything for you to stay, but the decision itself is not based on those financial matters only.”

Salah also said he was “happy” on hearing interest in him from Barcelona but that he was ready to commit to Liverpool.

Speaking about the quotes in his Monday press conference, Klopp said: “You know what he is about. We’re talking and extending a contract with a player, it’s not something where you meet for a cuppa and sort it. That’s normal. I can only say a few things but I’m not sure if it’s translated [wrongly] and it’s an issue.

“Mo is fine, I am fine. I think what we all want is clear things. It needs time, that is it.”

On whether Salah would play against Milan in the San Siro on Tuesday, Klopp added: “I cannot give the lineup but we cannot change it all. I can’t start with nine, that’s not possible. We’ll see if Mo plays but the players understand the situation. We want to field best side for the situation we’re in. 5 games in 14 days…”

Klopp is pleased to be able to make five subsitutions in the Champions League with Liverpool set to play a number of matches in quick succession.

The Liverpool boss added: “I’m in the hands of the medical department. I have to accept their decisions. They have played a lot of games, who can we take? We can change 5 times in CL, which helps. It’s possible players coming back form injuries get minutes. Hopefully.”

Klopp continued: “You can only win things with a fantastic squad. We are happy with the squad we have. We’ve known each other for a long time. We know our roles, our football looks more mature than in the past. The boys have a good relationship with each other. We have a good squad.”