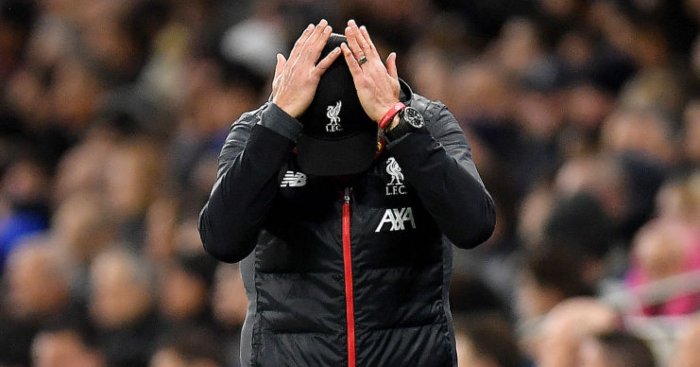 Liverpool manager Jurgen Klopp believes the decision to move the Africa Cup of Nations back to its traditional January slot is a “catastrophe” for the club.

The tournament was scheduled to be hosted by Cameroon in the summer of 2021, which already clashed with the expanded Club World Cup – of which the Reds are currently champions – but has been switched because of concerns over the climate in the country in July.

That is likely to mean Klopp will be without Senegal’s Sadio Mane, Egypt’s Mohamed Salah and Guinea’s Naby Keita for some or all of the six-week period.

“The African Cup of Nations going back to January is, for us, a catastrophe,” said the Liverpool manager, who claims the decision will affect the club’s transfer policy.

“We will not sell Sadio, Mo or Naby now because they have a tournament in January and February – of course not.

“But if you have to make a decision about bringing in a player, it is a massive one because before the season you know for four weeks you don’t have them.

“That’s a normal process and as a club you have to think about these things.”

Klopp has been a long-time, outspoken critic of a bloated and often chaotic fixture schedule which has what he feels are unnecessary clashes at both international and domestic level.

Over the last month the Liverpool manager has been vocal in his opposition to the festive calendar, two-legged Carabao Cup semi-finals and FA Cup replays, in addition to the farcical clash between the Club World Cup in Qatar and Carabao Cup quarter-final which forced the Reds to field a youth team in the defeat at Aston Villa.

However, he still expects his comments to fall on deaf ears.

“It is like the biggest waste of time ever. ‘The Moaner from Liverpool’ or whatever is again on track,” he added.

“As long as nothing changes I will say it all the time. It is because it is about the players, not one second about me.

“There are so many things to sort but all these guys never find time to sit around one table and make a general schedule.

“All these different games to play and no break for the players. Let’s respect that, but if you have that break don’t make a replay in this break. This would help massively.”

Klopp also believes the proliferation of fixtures contributed to the hamstring injury suffered by Tottenham and England striker Harry Kane, which could rule him out of Euro 2020.

The national team captain underwent surgery on a ruptured tendon last weekend and the Reds boss hopes that may be the wake-up call the English authorities need.

“I feel massively for Harry Kane, I now hear he may not be in the Euros,” said the Liverpool manager.

“For the first time some English people in the FA may think ‘Oh, too many games maybe’.

“Something has to happen for them to really start thinking about it.”

There has been a clarion call for fans to reprise their welcome of the team coaches for their visit of their arch-rivals but Merseyside Police have played down any concerns of a repeat of the scenes when Manchester City’s bus was pelted with objects in April 2018.

“As with any match, a comprehensive and appropriate policing operation has been put in place ahead of Sunday’s game and we have liaised with both clubs and their supporter groups,” said Chief Superintendent Matt Boyle in a statement to the PA news agency.

“We are working to ensure this game can be enjoyed safely by all as well as minimising any disruption to local residents and roads.”

There will be a heavy police presence around the ground but that is only following standard procedure for a match of this profile and no special measures have been put in place.