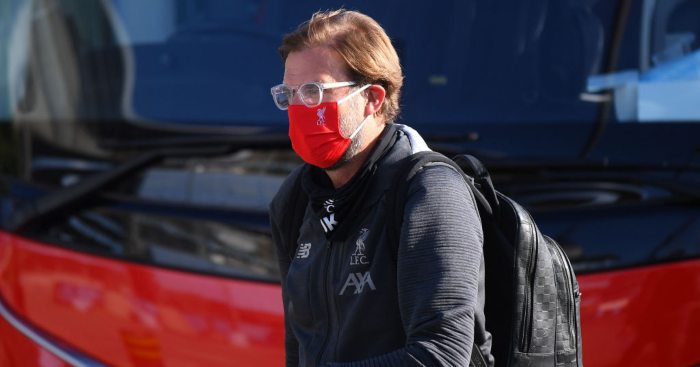 Liverpool boss Jurgen Klopp says he took Joe Gomez off against Manchester City because he was on a yellow card.

Liverpool were thrashed 4-0 by Manchester City on Thursday in their first match since securing the Premier League title.

It was a sobering night for the newly-crowned champions but, with a 20-point lead at the top of the table, it had no damaging impact.

Gomez was taken off at half-time with the Reds 3-0 down at that point and Klopp has explained why he made the substitution.

Klopp said: “No [injury], it was a yellow card.

“I just thought that after he got a yellow and at the moment, we don’t know exactly when Dejan will be back.

“Of course, I hope, but I don’t have a big number of centre-halves, so I didn’t want to see him now get a second yellow and that is why we made the change.”