Home All The News Liverpool, Klopp have ‘no intention’ of signing centre-back 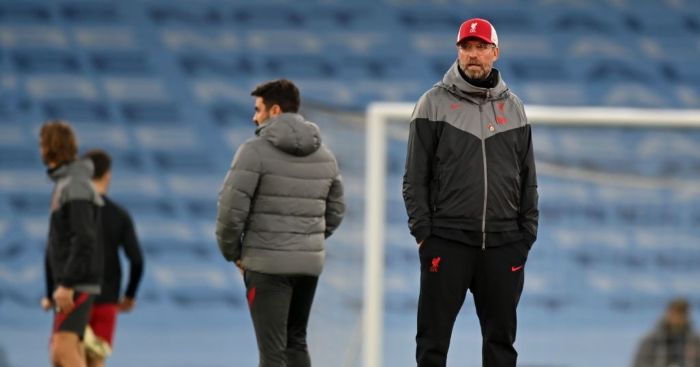 Liverpool and Jurgen Klopp agree that it’s unlikely they will enter the transfer market for a new centre-back in January, according to a report.

The Reds confirmed on Friday that Joe Gomez had undergone knee surgery following an injury suffered in England training, adding to their mounting injury issues in defence.

The reigning Premier League champions are already without Fabinho and Virgil Van Dijk, with the Dutchman ruled out for several months after picking up a knee injury in the Merseyside derby earlier this season.

MAILBOX: Liverpool buying a centre-back would be a waste of money…

It now leaves Klopp and Liverpool with Joel Matip as their only fit senior centre-back with the likes of Nathaniel Phillips and Rhys Williams likely to fill in for the injured trio.

That has led to rumours that the Reds will dip into the winter transfer market for a central defender – but The Athletic journalist David Ornstein believes that is unlikely.

Ornstein claims in his column that Liverpool ‘currently have no intention of entering the winter market to bolster in that position or any other’.

He adds that the Reds ‘are not planning to bring anyone to Anfield for now with all recruitment work taking place at present focused on next summer’.

Ornstein admits that ‘situations can change’ but that Klopp and the Liverpool hierarchy ‘do not anticipate deviating from this path even if results were to deteriorate’.

‘The focus remains on finding internal solutions’ to their issues with Klopp and the club making a ‘joint decision’ on January transfer matters.