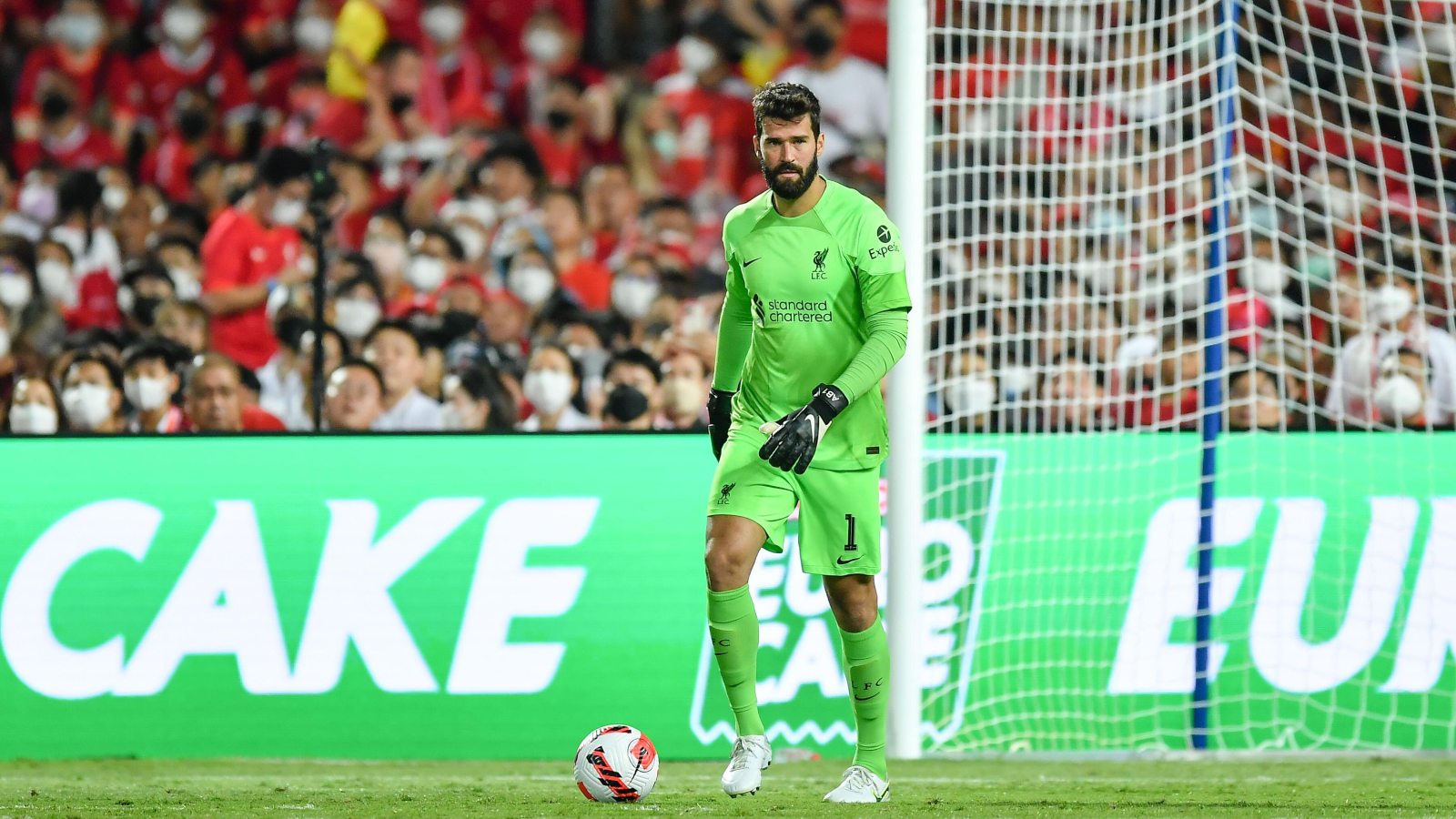 Alisson has not played since the 4-0 defeat to Manchester United in Bangkok two weeks ago. Presumably his pride is injured to the point of near-paralysis.

Liverpool take on Salzburg as part of their ongoing training camp in Austria ahead of Saturday’s FA Community Shield match against Manchester City.

Klopp told Liverpoolfc.com: “Obviously Diogo (Jota) is not here, that’s clear, but from the boys who are injured – but are here – Ali is the closest – definitely not for Salzburg but then we will see. He is close to getting back, I think.”

On Liverpool’s Salzburg test: Klopp said: “(A) tough one. The season in Austria started already so they are obviously at a completely different stage to us. We will feel that.

“We have three days later our big starting game of the season. So, of course we will have to make changes.

“I’d love to say we can use all of them. This afternoon is an important session as well; in this moment I don’t know who can take part in it.

“We need to have a look and we will play the game. It’s pre-season so we have to get through it and then we have to deal with it.”

Salzburg have already played two games this season – winning both 3-0 – with Benjamin Sesko being among the goals in both games. The Slovenian teenager has been heavily linked with Manchester United and Newcastle United among others.

On the possibility of players getting closer to 90 minutes against the Austrian champions, Klopp added: “That’s not a problem with the Saturday game.

“This pre-season we had to do (things) slightly different and we wanted to do as well.

“All of them will play the first time 90 minutes on Saturday, all of them. But that’s how we did the training.

“So the training sessions were intense to a specific point, that we could get fitter and fitter.

“The running sessions were extremely hard but we took care of them and now let’s see how we can grow in this season.

“For City, it’s not really different, they came back from America probably yesterday or something like that. So it will be a tough one.”