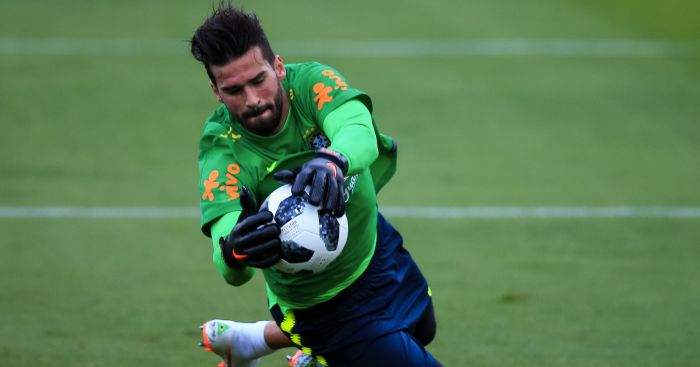 Roma goalkeeper Alisson thinks Liverpool’s Loris Karius should be “proud” that he has played in a Champions League final.

The Brazilian has been heavily linked with a transfer to Anfield and the rumours intensified after Karius dropped two clangers in Liverpool’s Champions League final loss to Real Madrid.

And the man that could replace Karius at Liverpool was full of sympathy for the German following the 3-1 loss to Real.

“We, goalkeepers, when we see a mistake of another goalkeeper, we end up feeling as if they were us.

“It’s very sad to see this, but he needs to put his head up. It is part of football and life must go on.

“He has to be proud to have played in a Champions League final.

“Of course it’s not what he expected, but it’s part of football. We are also subject to errors. We need to work hard not to let this happen to us.”