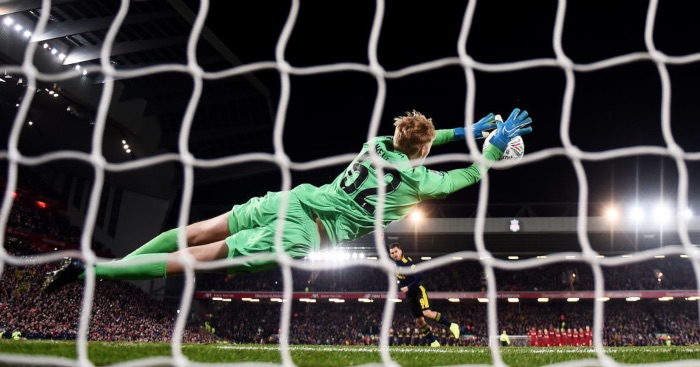 Liverpool goalkeeper Caoimhin Kelleher says he was told to “try to be the hero” before pulling off the penalty save that won his side a place in the Carabao Cup quarter finals.

The 20-year-old made his second start of the season in a pulsating 5-5 draw against Arsenal at Anfield, denying Dani Ceballos in what proved a decisive moment in the penalty shootout that was sealed by Curtis Jones.

And Kelleher says his team-mates and coaches told him he had nothing to lose.

“As soon as the final whistle went, all the focus was on trying to save in the shootout,” Kelleher told Liverpool’s official website.

“Some of the lads and the coaches said to me, ‘You’ve nothing to lose, just try to be the hero.’ And luckily I did it in the end.

“It was a bit of a whirlwind. I’m obviously happy but it’s just hard to sum it up at the moment. It has all gone by quite quickly. It’s just unreal, to be honest.”

Kelleher says the spirit shown by Jurgen Klopp’s senior stars is reflected throughout the squad.

“[The fighting spirit] goes right through the whole squad. We have a never-say-die attitude and we showed that once again, coming from behind on a few occasions.

“[Divock Origi] scored an unreal goal to keep us in it. It just goes right through the whole squad that we’ll never give up.”

The young goalkeeper also praised the Anfield atmosphere on his home debut for the club.

Liverpool have been drawn away to Aston Villa in their Carabao Cup quarter-final, but an alternative date will need to be arranged as it clashes with their Club World Cup commitments – with Klopp warning the EFL they need to take their busy schedule into consideration.