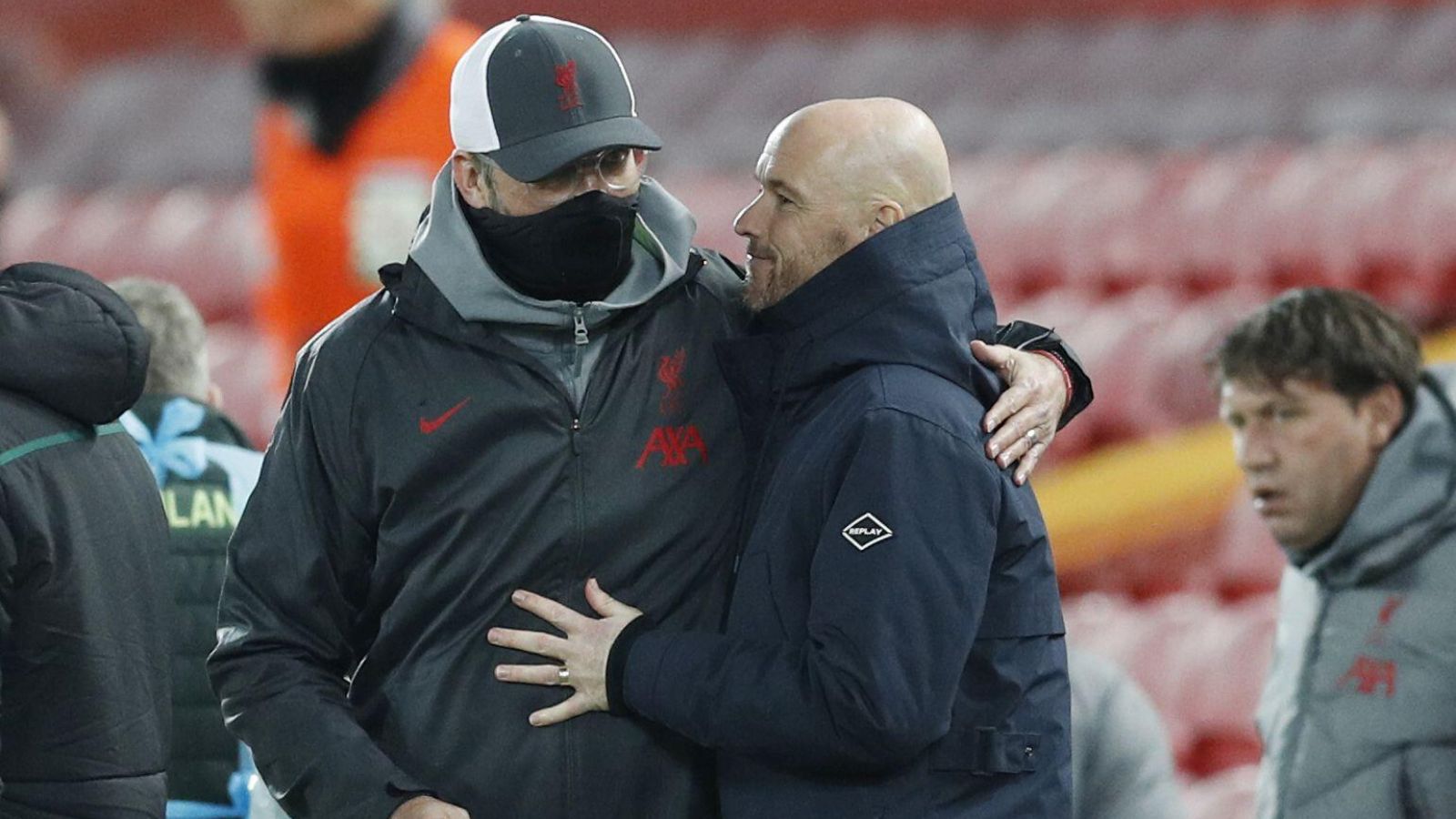 Jurgen Klopp thinks his start at Liverpool was “easier” than what Erik ten Hag is currently facing at Man Utd this season.

There is already huge pressure on the Dutchman after losing his first two Premier League matches in charge of the Red Devils, with a 4-0 defeat to Brentford representing a new low in the post-Sir Alex Ferguson era.

Only Tyrell Malacia, Christian Eriksen and Lisandro Martinez have arrived in the transfer window and there has been widespread criticism of their lack of planning.

And Klopp has some sympathy with Ten Hag for arriving at Man Utd at the beginning of the season rather than part-way through.

The Liverpool boss told reporters on Friday: “I think for me it was easier because I didn’t come at the start of the season and didn’t have a transfer window.

“In England, people tend to say ‘it’s not his team’ but I actually thought from day one it was my team, so I felt responsible for all the performances.

“Now you can’t really compare it, they are different times. My arrival was seven years ago. It’s a long time in football, a lot of things have changed.

“It’s not easy, especially when you have to rebuild.”

Liverpool have started the season off in a poor fashion too with two draws from their opening two Premier League matches against Fulham and Crystal Palace.

And Klopp admits he has little information on what to expect from United on Monday night, he added: “United can change nothing or everything, so we don’t know, it is really tricky preparation wise, but it’s early in the season and we don’t have a lot of info anyway.

“It’s tough but it’s fine. United away will never be easy so we try to do our absolute best.”

On whether it’s more difficult facing a wounded Man Utd, Klopp added: “Of course. I would prefer to play them after they won 5-0, definitely, but that’s how it is.

“We drew two games, so is it better to play us in a situation like this? I don’t know. We have to deal with all the situations in the game and at this moment nobody knows what will happen.

“The whole world will watch it, it’s on Monday so let’s see how these heavyweights deal with the situation.”

On whether Liverpool beating Man Utd 9-0 over their two matches last season will have any bearing on Monday night’s result, Klopp replied: “I couldn’t be less interested in results from last year, they are different games and different situations.

“This is completely different and that’s it.”