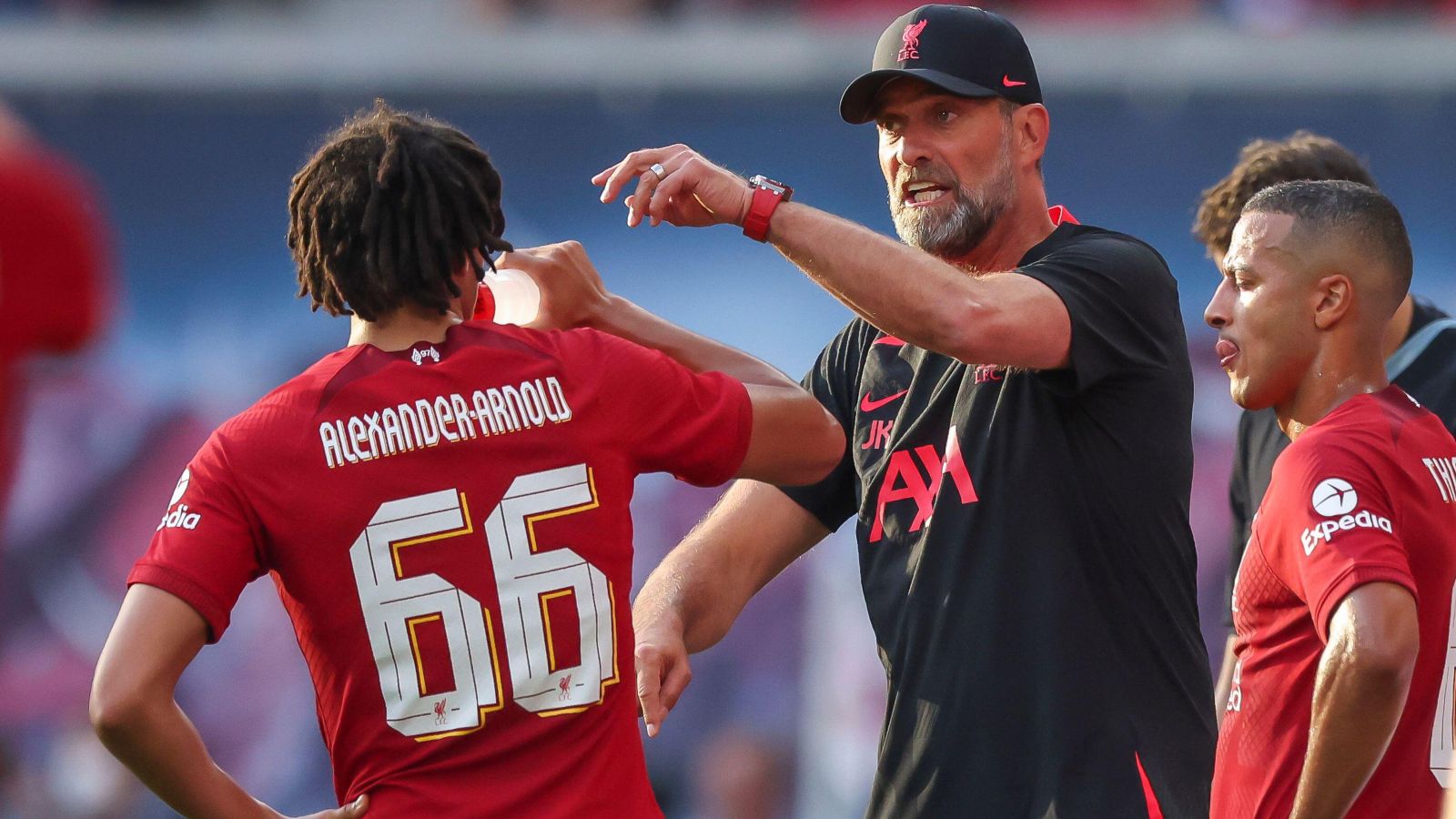 Liverpool boss Jurgen Klopp was frustrated with a journalist for asking about his views on Trent Alexander-Arnold’s situation with England.

Alexander-Arnold didn’t come off the bench in England’s first match against Italy in the international break and was left out of Gareth Southgate’s 23-man squad to play Germany in their second fixture.

There was criticism of Southgate’s decision with the Three Lions struggling to score goals in recent times but England did eventually find their scoring touch against the Germans in a 3-3 draw.

Alexander-Arnold provided two goals and 12 assists in the Premier League for Liverpool last season but he’s failed to provide a goal for his team-mate in all competitions this campaign, while his defending has been poor at times.

When asked what his thoughts were on Southgate’s decision and whether he’s spoken to Alexander-Arnold, Klopp was disappointed by the questioning.

He replied during a press conference: “Do we really want to open this box? You are English journalists and we cannot discuss selections until the World Cup starts.

“This is why you make massive things of this. My honest opinion would create headlines. You want that? It would maybe help Germany but it wouldn’t help England.

“I have a lot of things to say but I don’t think it makes sense. We are fine here, it’s completely different. I see Trent differently, that’s clear.

“He’s 23. We’re working on it. Whatever team I would have at the moment, I would pick Trent. He is exceptional.

“England are blessed with players in this position. Reece James can play 3 at the back, did that well for Chelsea.

“It’s Gareth’s decision. He made it. I see it different. Doesn’t mean right/wrong.

“Trent came back not in a party mood but he accepts the manager’s decision because he is extremely bright.

“The manager decides and more often than not here it is the case he is picked. It’s clear, he’s a world-class player.”

On upcoming fixture congestion, Klopp said: “I don’t know how the World Cup will affect the Premier League. The boys come back and play a week later. Usually you relax 2-3 weeks then go again.

“If you are in the final, you have two days. It’s a really long season. I don’t think it’s a good idea, but that’s how it is. For us the next six weeks are very important.

“We didn’t have the started we wanted. For explainable and unexplainable reasons. That’s now gone. Here we go, collect points back.”