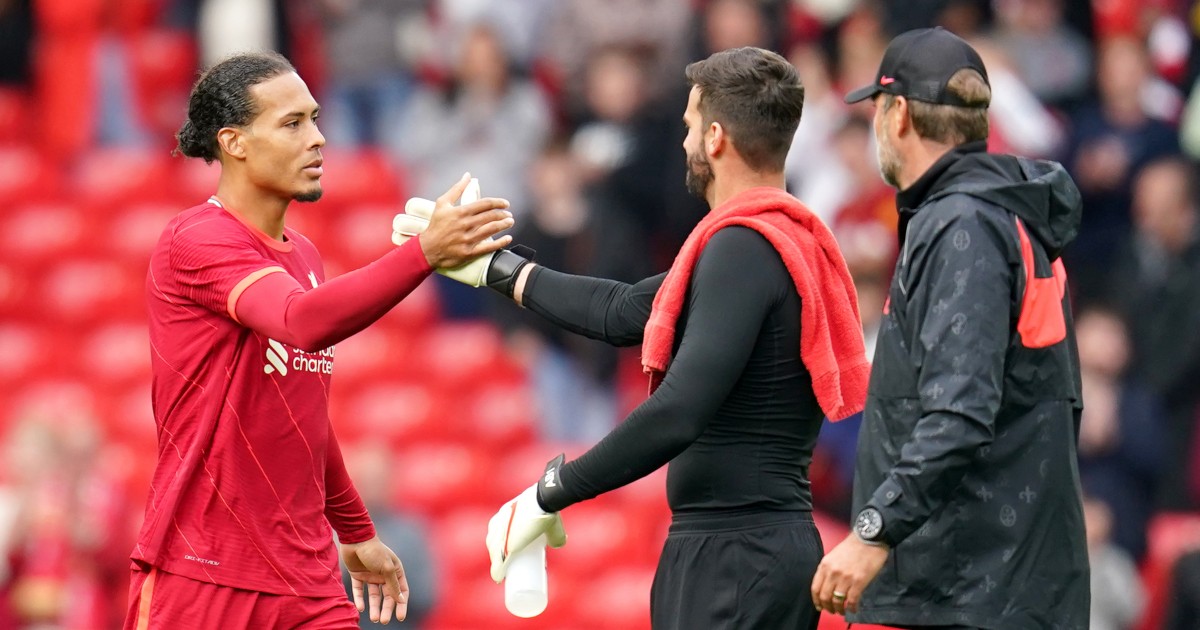 Jurgen Klopp could give Liverpool goalkeeper Alisson his Carabao Cup debut in the semi-final first leg against Arsenal.

Liverpool host Arsenal in the Carabao Cup semi-final on Thursday, having had the first leg of their meeting delayed for a fortnight.

The Reds were scheduled to play the Gunners at the Emirates Stadium on January 6 but the fear of a possible COVID outbreak forced the former to close their training ground after reporting a number of positive test results. That game was then pushed back to January 20, with the planned second leg at Anfield now being played as the first instead.

Liverpool are not issue with Covid postponements; opaque rules are

Klopp has since confirmed there to have been a series of “false positives”, among them Alisson, who is in line to play the first Carabao Cup game of his career ahead of the usual domestic tournament goalkeeper Caiomhin Kelleher.

“Caoimh is the goalkeeper for this competition but there is a chance Ali will play tomorrow just because of the situation we were in,” Klopp said during his pre-match press conference, as reported by the official Liverpool website.

“I think he needs the game now. We will see how we decide it finally but there is a good chance that Ali will play tomorrow just because of the situation with COVID and everything, when he was out.

“We all need to make sure the boys have as much rhythm as they can get. So there’s a good chance Ali will start tomorrow. But the competition is actually Caoimh’s competition, that’s true.”

Kelleher was the star of the quarter-final victory over Leicester and also featured against Norwich in the third round, while Adrian filled in at Preston in the fourth round.

Alisson has only ever been part of a matchday squad in the FA or Carabao Cup twice: both times in the 2020/21 edition of the former competition, when he was on the bench for a 4-1 win over Aston Villa before starting a 3-2 fourth-round defeat at Manchester United.

But the Brazilian has not featured since December 28, hence the possible change in approach.

Klopp stated that Trent Alexander-Arnold and Alisson returned to training in the week, but two other players remain on the sidelines.

“Origi and Thiago didn’t, so that’s it pretty much,” he said of the absentees. “All players apart from the injured or those who tested positive – or are playing in the Africa Cup of Nations – are available.

“Harvey Elliott looks really promising out on the pitch. He didn’t train with the team yet but I don’t think we’re too far from team training.

“Robbo got a little knock in the Shrewsbury game but it’s fine. I don’t think I forgot about anybody else so the rest are available.”