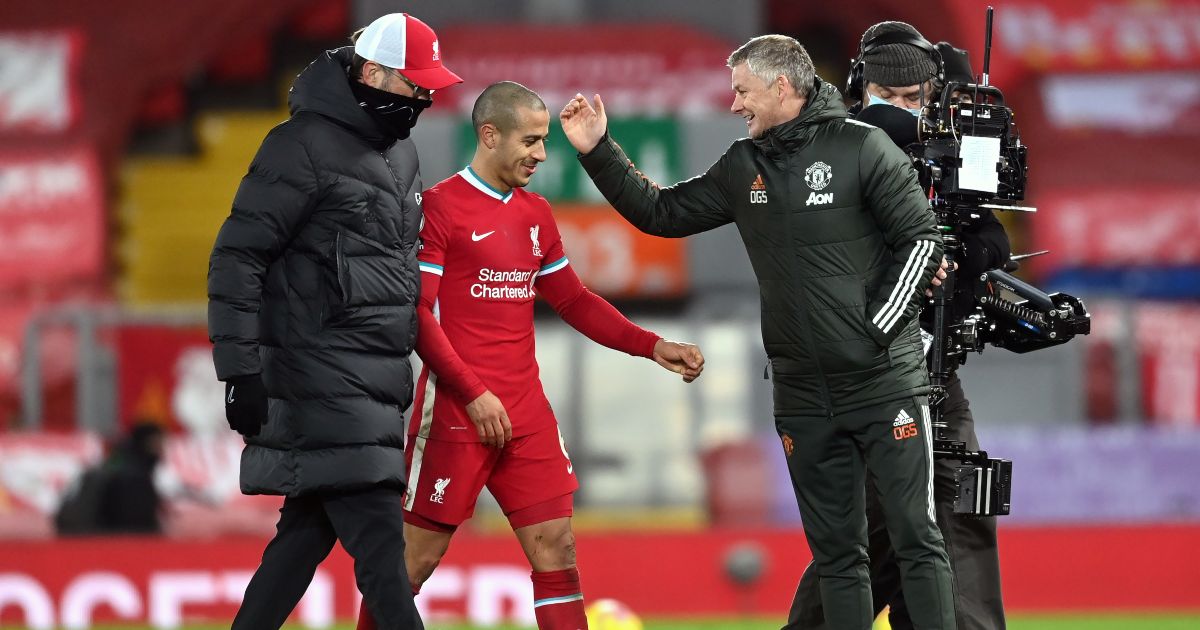 Solskjaer has come under fire from Trevor Sinclair and some Liverpool fans for making ten changes and losing to the Foxes, despite having to play the Reds only two days later.

The postponement of United’s game against Liverpool ten days ago, because of fan protests, has left the Red Devils with a fixture pile-up.

Man Utd’s defeat to Leicester means it is now more difficult for Liverpool to qualify for the Champions League but Klopp understands why Solskjaer had to make the changes he did.

“Not exactly what I expected but I knew he had to make these changes,” Klopp told reporters.

“I said it 500 times that with all the things that happened, and the protests at Manchester, to play Sunday-Tuesday-Thursday is a crime. It is.

“But it is not the fault of Ole Gunnar Solskjaer and the players. My question to myself was: ‘Would I have done the same?’ Yes. You have to. You have to.

“We are late in the season, all the players played a lot of games. United went to the Europa League final so that means an awful lot of games and now you get Sunday-Tuesday-Thursday. That is not possible.

“But the weekend after is a weekend off for United. I am not the guy who is doing the schedule and fixture list but when we thought about how it could work out there was no Tuesday and Thursday game and we would all have played all the games.

“You could have moved one West Brom game (who Liverpool are due to play on Sunday) but that didn’t happen.

“The explanation from the Premier League was that no other team should suffer because of the things (protests) that happened in Manchester. Let me say it like this – that didn’t work out pretty well.

“A little bit West Ham, a little bit Liverpool (suffered). But if we don’t qualify for the Champions League it is not the fault of Ole Gunnar Solskjaer and his team selection or the Premier League, it is our fault.

“But in this specific case I think things could have been done differently definitely but we get more and more used to things that rarely go in your favour or direction.”