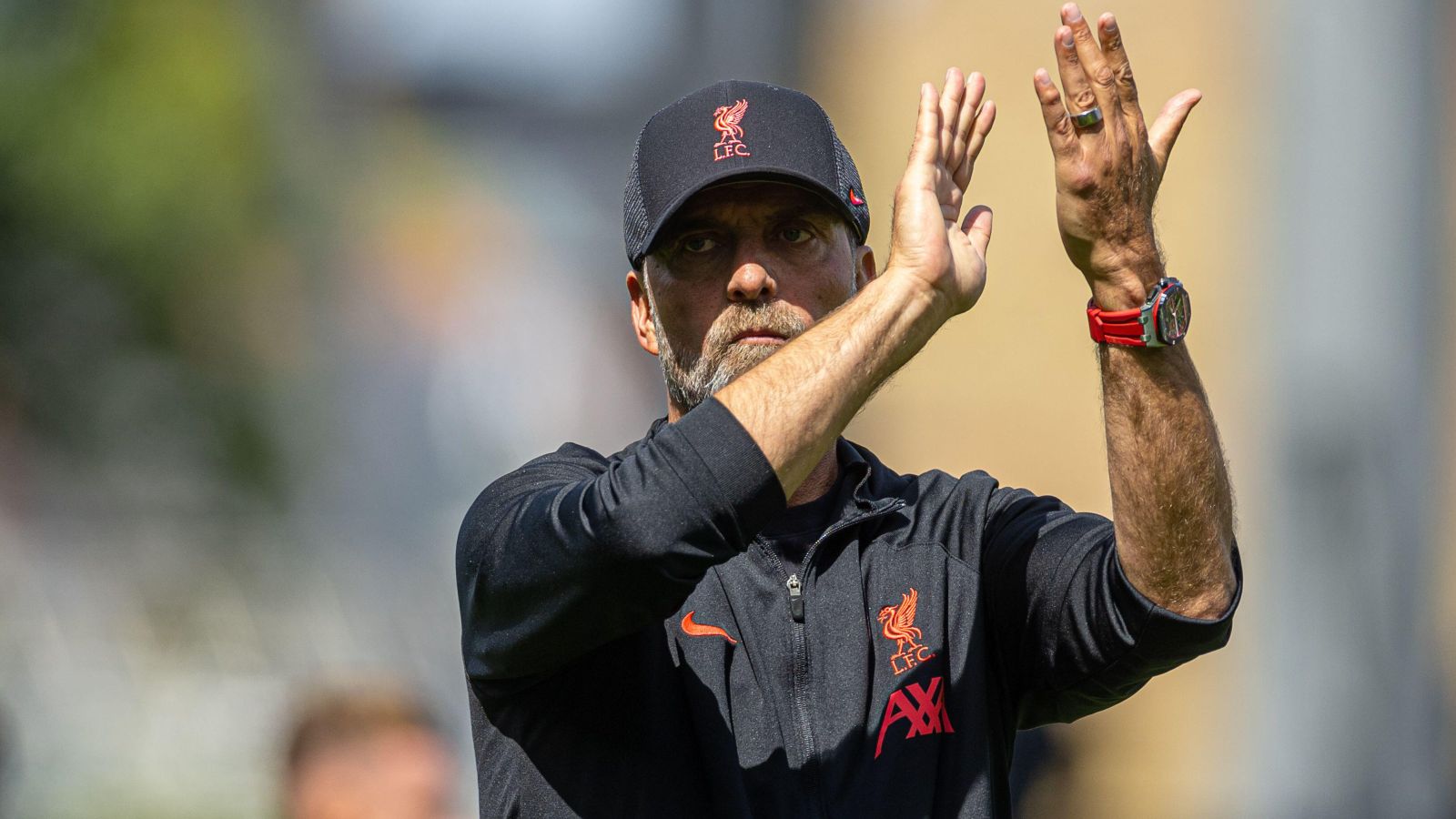 Jurgen Klopp admits that he “didn’t like” what he saw from his Liverpool side during their 2-2 draw against Fulham on the opening weekend of Premier League action.

The Reds produced a below-par performance at Craven Cottage as they came up against an impressive newly-promoted Fulham side.

Goals from Mo Salah and Darwin Nunez cancelled out an Aleksandar Mitrovic brace as Liverpool came from behind twice to take a point.

Speaking at a press conference on Friday about the draw at Fulham, Klopp said: “We had a slow start. I didn’t like it at all. I saw the attitude to fight back but that is a different thing. It is better you have a lively start in a football game than not. The first pass we go to the full-back and the next one gets blocked by the winger. It took too long.

“We did not play a good game and still could have scored more goals. We had our moments in the second half but we try to make sure we are ready for this game. We are more often ready than not. Having a slow start does not mean you will do it again but it is a sign so use it as information and go from there.”

On preparation for their next match against Crystal Palace, Klopp added: “You cannot play 64 games and during all phases of the game be superior. You have 64 games and you fight through it, somehow.

“Each week you face a different team and have to be ready for all of them.”

Asked whether there is a benefit of playing Palace on a Monday night, Klopp replied: “It is much better to play at night time [cooler] but it’s the same for Crystal Palace. It should not be a comfortable game at all.”

On Harvey Elliott’s chances of starting, Klopp continued: “Yes he is a fantastic boy and a super player. He had a good pre season and is always in contention to start.”

Klopp also shared his favourite Premier League memory to mark 30 years of the competition, he said: “When we didn’t even play. It was when Willian scored the penalty for Chelsea against City [to hand Liverpool the title in 20120]. It was a mix of everything, the situation before it was a chance for Chelsea to shoot and everyone called for a handball.

“Then the whistle came and it was the first celebration. We always analyse and watch the games to learn but it was completely different in that moment. I was hoping it would be a penalty and Willian would keep his nerve.”