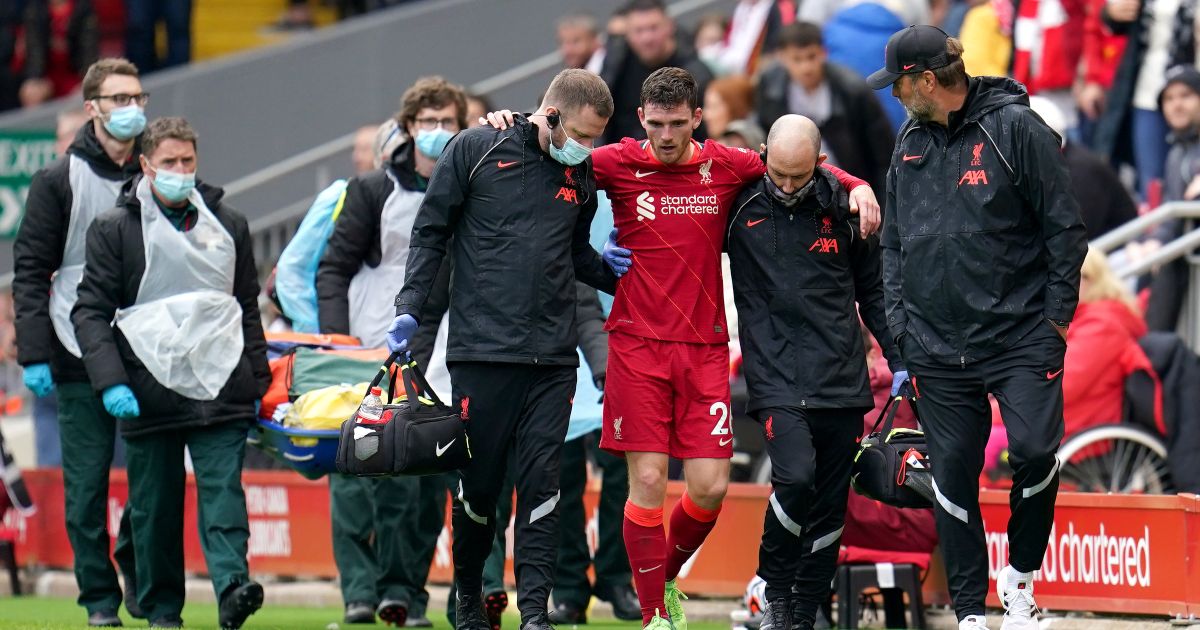 Jurgen Klopp says an injury to Liverpool left-back Andy Robertson needs “further assessment” after he limped off in their friendly against Athletic Bilbao.

The Scotland international – who started all of the Reds’ Premier League matches last season – was helped off the pitch just before half-time in Liverpool’s 1-1 draw versus the Spanish side.

Robertson fell awkwardly when trying to stop a cross from Alex Berenguer and now Liverpool face an anxious wait to discover the extent of his injury.

“We don’t know how serious it is. It was pretty painful and that is why Andy went off,” said boss Klopp, whose side kick-off their season at Norwich next Saturday evening.

“He got the ball on the front of his foot, twisted his ankle. The pain settled already but we cannot say without further assessment.

“He needs to get a scan and then we will know more.”

On his side’s performance, Klopp added: “Yeah, it was. And you saw how important it is that you have 90 minutes’ football as well during pre-season. That was now probably the most intense session we had so far, you could see it in the face of the players.

“But I think for 50-55 minutes we saw an absolute top game from my team. I think we were obviously inspired by the crowd. Having 42,000 people back in the stadium, they were obviously really looking forward to seeing us again.

“And the boys took that and played an outstanding first half – full of power, good football in between the lines, super counter-press, winning balls back, playing forward directly after that. So a lot of good things I saw today. And that’s something obviously you need for a successful season.

“In our good spells we should then use that to score more goals, that’s what we didn’t do today, that’s why it was only 1-0. This one goal, I think Bilbao deserved. It was a bit unlucky in that situation, we became a bit passive in this period of the game.

“It doesn’t make too much sense because if you need a little bit of a break you have to keep the ball; the most economic part of the game is to keep the ball and let them run. But we didn’t do that. That’s a mixture of the rhythm we still have to find obviously.

“But, again, with big spells of the game, I was more than pleased. It was absolutely great. If Robbo’s injury wouldn’t have happened I would be over the moon about the performance, to be honest. But it’s all a little bit reduced, of course.”