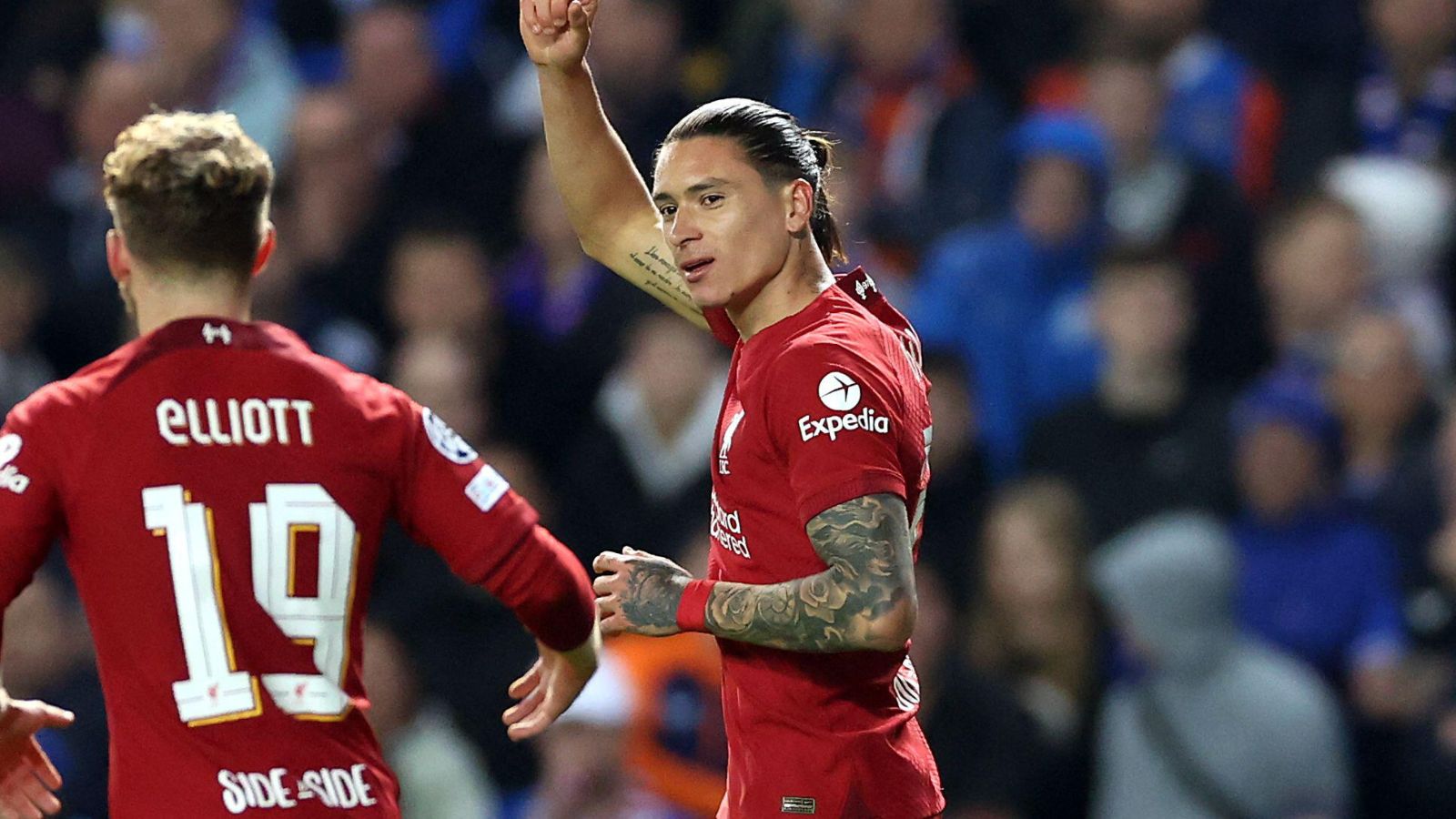 Jurgen Klopp has been told that he should “give up” on two Liverpool players while Darwin Nunez is only a “minor upgrade” on Divock Origi.

Liverpool have rightly come under fire this season as they have lost four of their first 12 games in the Premier League.

Three of these losses have come this month as they have been beaten by Arsenal, Nottingham Forest and Leeds United.

Their 2-1 loss against Leeds on Saturday evening was their first loss at Anfield in the league since March 2021.

Liverpool are now ninth in the Premier League and 15 points adrift of league leaders Arsenal.

In the days after this damaging loss, a few of their players have been slammed. Harvey Elliott, Joe Gomez and Nunez have now faced the wrath of no one other than Tony Cascarino.

“The balance has suddenly shifted in their rivalry with Manchester United,” Cascarino wrote for The Times.

“After being inferior to Liverpool for most of Klopp’s tenure, United are now seven points ahead of their bitter foes, and I think they will finish the higher of the two this season.

“Klopp must give up on some players, at least for now. Harvey Elliott is a really exciting prospect, but he is 19 and cannot yet reach the levels demanded of a Liverpool starter. Joe Gomez was outstanding in the win over Manchester City but has been dreadful for the rest of the season.

“I do not believe Klopp’s position is at risk and he has plenty of credit in the bank at Anfield, but he is not absolved from blame. His decision to take off Trent Alexander-Arnold, one of the best attacking full-backs in the world, and replace him with James Milner against Leeds was baffling.

“Recruitment has not helped him. Liverpool were so concerned about the impact of losing Sadio Mané that they overlooked the need to reinforce the engine room.

“The only central midfielder they signed in the summer was Arthur Melo, who has played 13 minutes for the first team.

“And then there is Darwin Núñez. For me, the striker is only a minor upgrade on Divock Origi and is not the right man to lead Liverpool’s line.

“The Uruguay international does not appear technically good enough and he loses the ball too quickly, which is hardly ideal when Liverpool are so poor at winning it back.”

Nunez is a ludicrously entertaining forward who has regularly found the net this season.

But he is clearly still raw so this criticism is coming too soon and he should come good given the natural talent at his disposal.

The criticism of Gomez is a bit fairer but Elliott is one player who can hold his head high this season with him outperforming many of his more experienced team-mates.

READ MORE: FSG out? Klopp out? Liverpool need calm heads rather than a pointless blame game