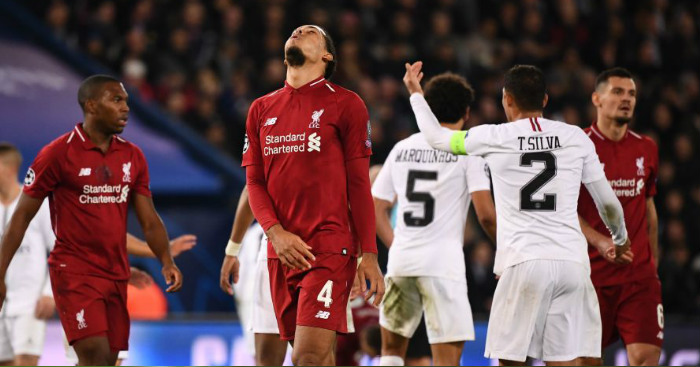 Even when they triumph, 21st century Liverpool never seem to do Europe the easy way. Their 2001 Uefa Cup win came courtesy of a golden own goal in extra time in a 5-4 win over Alaves, while their 2005 Champions League victory required two separate three-goal second-half comebacks: one against Olympiakos in the group stage, and the other – as you may have heard once or twice – against Milan in the final.

Jurgen Klopp has always felt like a good fit for Liverpool, so it’s only proper that he has kept that tradition going. The German is yet to lift either of those trophies – either at Liverpool or at former club Borussia Dortmund – but has appeared in both finals since arriving at Anfield. On neither occasion did they get there in a straight line.

Their run to the Europa League final in 2016 required a comeback from 3-1 down against Dortmund, of all clubs, in the quarter-finals, with Dejan Lovren’s injury-time goal securing a 4-3 win. Last year’s Champions League final appearance came after they went into the second leg of their semi-final against Roma with a 5-2 lead and squeaked through 7-6 on aggregate.

A group containing Napoli, Paris Saint-Germain and Red Star was never likely to be easy, but after yet another European last-minute winner at Anfield in their opening group game – a 3-2 win over PSG, courtesy of Roberto Firmino – on a day when Napoli drew in Belgrade, things were looking rather rosy for the Reds.

Not so anymore. Their 2-1 defeat to a superior PSG side means Liverpool have now lost five of their last seven Champions League games, leaving them needing a win against a Napoli side who only require a draw. Worse, they would likely need to win either with a clean sheet or by two clear goals, though any one-goal win would suffice if PSG failed to beat Red Star. Sweating over such permutations is never a good sign.

If they want to even dream of digging out the Uefa Champions League tiebreak criteria, they will need to improve on this performance. Being carved open by a front line consisting of Kylian Mbappe, Neymar and Edison Cavani is no particular cause for shame – especially with the Brazilian in such excellent form as he was in the first half – but they might be distressed with the ease with which they did it.

Jordan Henderson was caught jogging in the build-up to Juan Bernat’s opener, with the captain failing to cover for team-mate James Milner after he missed a tackle on the halfway line. That caused right-back Joe Gomez to come inside to close down Marco Verratti, which in turn left Lovren caught in two minds as to whether to pick up Mbappe or Bernat. So when Virgil Van Dijk made a poor clearance, the usually-now-resilient Liverpool defence was all over the place, and Bernat ended up putting the ball in the net in the confusion.

With Mane and Mohamed Salah tucking inside as usual, Liverpool’s 4-3-3 also inevitably meant pushing the full-backs forward to get some width, and that allowed PSG their second. Neymar’s combination with Mbappe down the left took PSG past Gomez in their own half and Lovren on the halfway line. With that, Liverpool were once again at their mercy, and Neymar finished a wonderful move with a simple tap-in.

Milner pulled a goal back from the penalty spot after Sadio Mane was felled by a ridiculous Angel Di Maria challenge. That the penalty required the referee to be corrected, and that Verratti was very lucky to stay on the pitch after a terrible foul on Gomez, and of course that Neymar was up to his usual histrionics, gave Klopp a convenient out: his post-match interview to BT Sport largely consisted of complaints about the officials.

In truth, though, his side deserved little more. Despite having 56% possession away from home, Milner’s penalty was Liverpool’s only shot on target and their only chance of any real note. This is a side that has built its reputation on its attacking strength, but on this occasion, the vaunted trio of Mane, Firmino and Salah were made to look like imposters by their expensively assembled counterparts in bafflingly white shirts.

The result is that there is a very good possibility that Liverpool will find themselves in the Europa League or even out of Europe altogether come December 11, when Napoli visit Anfield. It is a winnable game, but again, there’s a good chance they will need to score at least twice, possibly thrice, against an Italian team that only needs a draw.

Superstitious fans and pundits would say there is no venue with better precedent for pulling off something special in Europe, but their more realistic counterparts will be wishing that just once, just bloody once, Liverpool could have avoided having to do it the hard way.