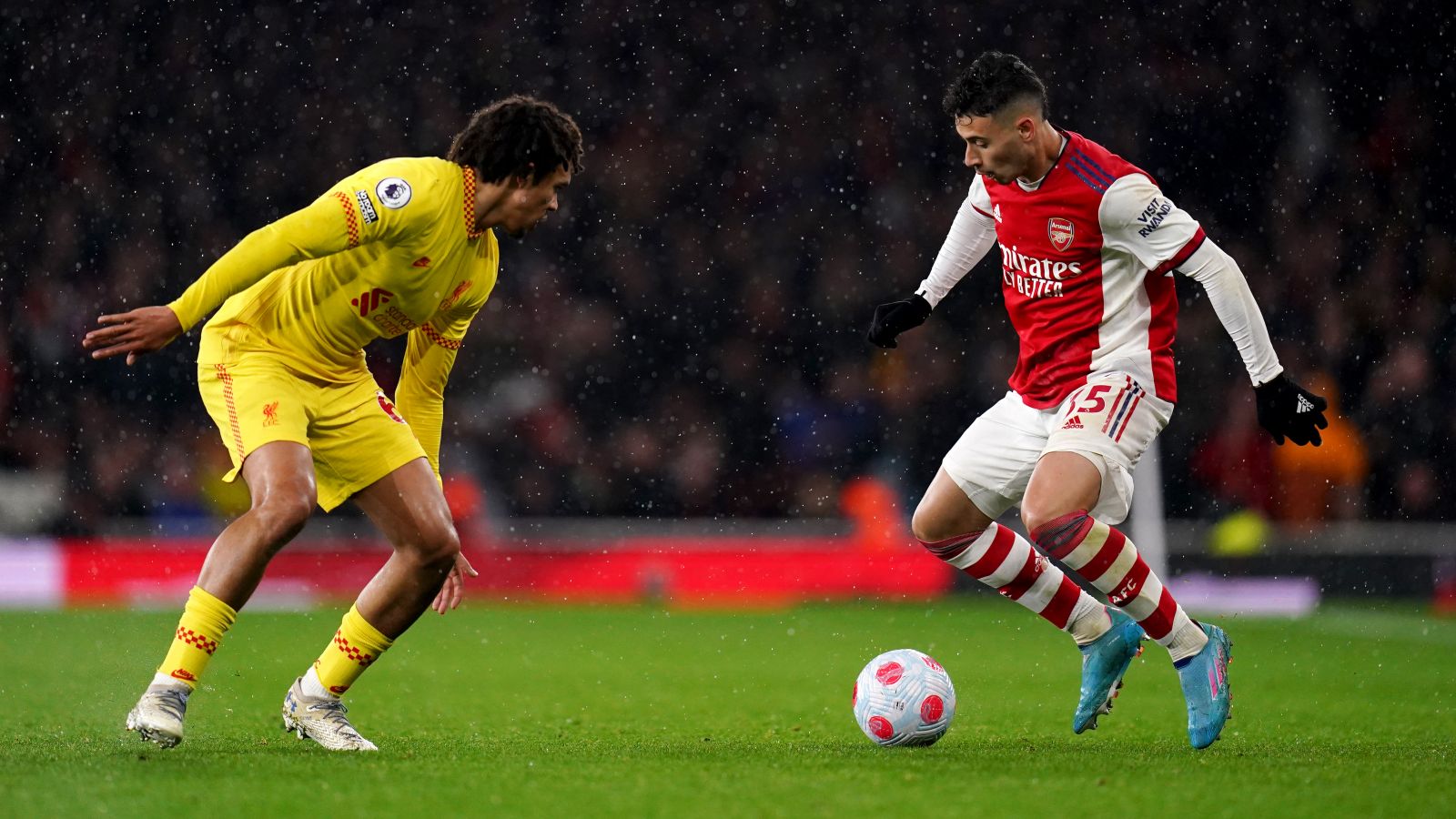 Jurgen Klopp revealed last week that the full-back picked up a hamstring problem in their clash with Arsenal and will therefore miss England’s upcoming games against Switzerland and Ivory Coast.

READ MORE: The Mailbox is sick of ‘toxic nonsense’ like Gerrard’s comments on Saka

Alexander-Arnold has been in stunning form this season, claiming 17 assists in all competitions, but had a testing game up against Martinelli.

There have been some suggestions that the Liverpool full-back’s injury is well timed in that he can now miss the upcoming England fixtures.

But Lawrenson dismissed those claims, instead believing Martinelli’s “twisting and turning” was the cause of the problem.

He told Off The Ball’s YouTube channel: “No! He’s injured, isn’t he?

“He probably got injured because flipping Martinelli was twisting and turning him all sorts of different ways in the Arsenal game.”

Martinelli has been in excellent form for Arsenal, earning the praises of players, pundits, fans and his manager.

Alexander-Arnold’s fellow Reds full-back Andy Robertson admitted after the 2-0 win over the Gunners that the Brazilian and teammate Bukayo Saka were formidable opponents.

“It was a really tough game. It was great to have a clean sheet.”

But Martinelli isn’t getting carried away and insists his “focus” is on getting his side in the top four.

“We have a young group, we have a lot of time ahead of us, players with a lot of quality, I think we will achieve great things,” Martinelli said

“We always want more. Of course, Arsenal are a giant team.

“If I can, I’ll stay here my whole life. I want to conquer things, as I said, I want to stay here and win titles, with these wonderful fans, my teammates.”