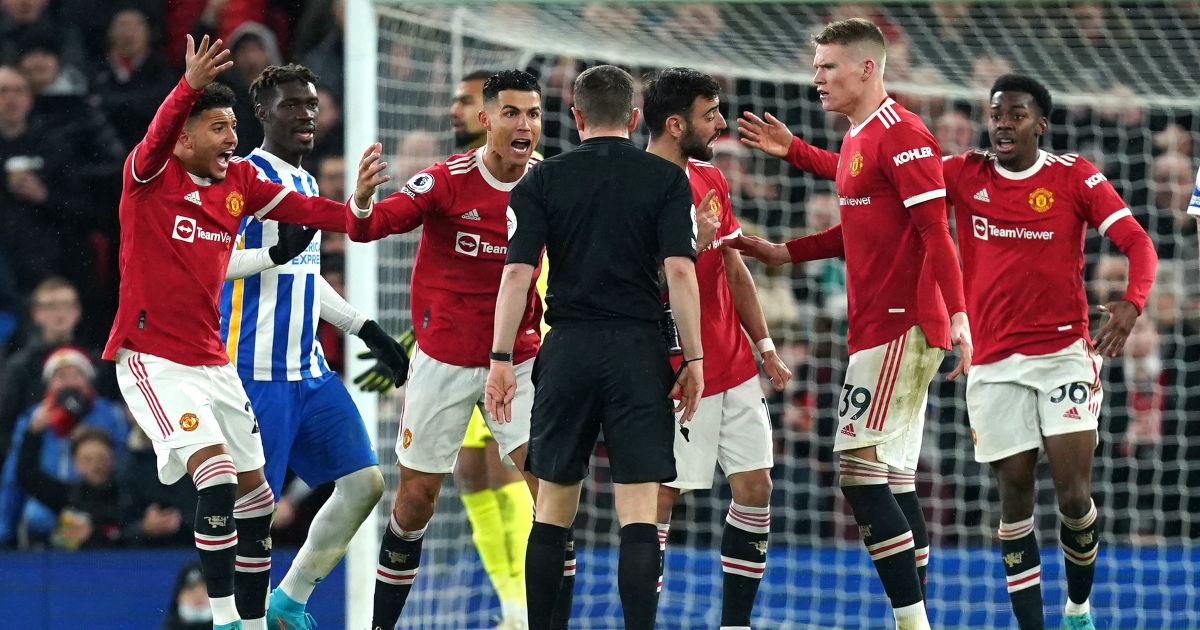 Liverpool legend Mark Lawrenson has tipped Man Utd to finish in the top four of the Premier League this season “by hook or by crook”.

The Red Devils’ form has been up and down all season with a poor run of results costing Ole Gunnar Solskjaer his job earlier in the campaign.

Ralf Rangnick hasn’t fared too much better but a recent 2-0 victory over Brighton has seen them climb into fourth place in the Premier League table.#

Bruno and Ronaldo are the gems in the Man Utd turd

West Ham in fifth are two points behind on the same amount of points but other rivals Arsenal, Wolves and Tottenham all have at least two games in hand on Man Utd.

However, Lawrenson reckons Man Utd will have enough to get over the line and finish fourth in the Premier League this term.

“Arsenal have got games in hand but I just feel that sometimes, when the pressure is on them, they cave in a bit,” Lawrenson said on BBC Sport.

“Tottenham are losing games and losing ground, and the problem for West Ham is that they don’t have the biggest squad. Wolves are outsiders too, because of their lack of goals.

“The top three will stay clear and I just think that, by hook or by crook, Manchester United are going to get fourth place. They are still picking up points even if the way they are playing is totally unconvincing at the moment.”

It would be a job well done for Rangnick – who will make way for a permanent manager at the end of the season – to get Man Utd into the Champions League this season.

“Right now, this is exactly what Manchester United needs and wants – to finish fourth in the league,” Rangnick said earlier this week.

“This is the highest possible achievement we can get. The Champions League, to proceed, [that is] not an easy one. [But] in the league, it’s number four, that’s what we have to achieve and what we’re aiming at.

Rangnick has lost just one of his 12 matches in charge. He added: “It [not finishing in the top four] has always been a concern since Ole left the club.

“That was one of the reasons why he probably had to leave the club and of course results like [drawing with Southampton ] doesn’t make things any easier.

“This is what we have to face. We have to realise the truth and obviously with results like this it doesn’t make it any easier to finish fourth at the end.”