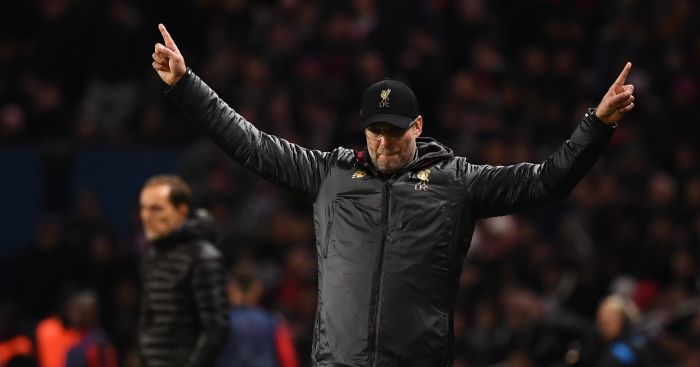 Graeme Souness thinks Liverpool’s lack of goals should worry Jurgen Klopp despite the amount of “firepower” on the pitch.

The Reds were beaten 2-1 by Paris Saint-Germain on Wednesday night with Klopp hitting out at the French club’s play-acting.

However, Souness believes the real concern for Klopp should be his side’s number of shots on target and lack of goals.

“It is a worry,” Souness said on Virgin Media Sport.

“You play 90 minutes with all that firepower on the pitch and they manage one shot on target.

“You’d think that would be nigh on impossible for the players Liverpool have got. But they achieved it tonight.

“Five shots on target in three away games.

“And if you make a mistake you’ll be punished at the highest level.”