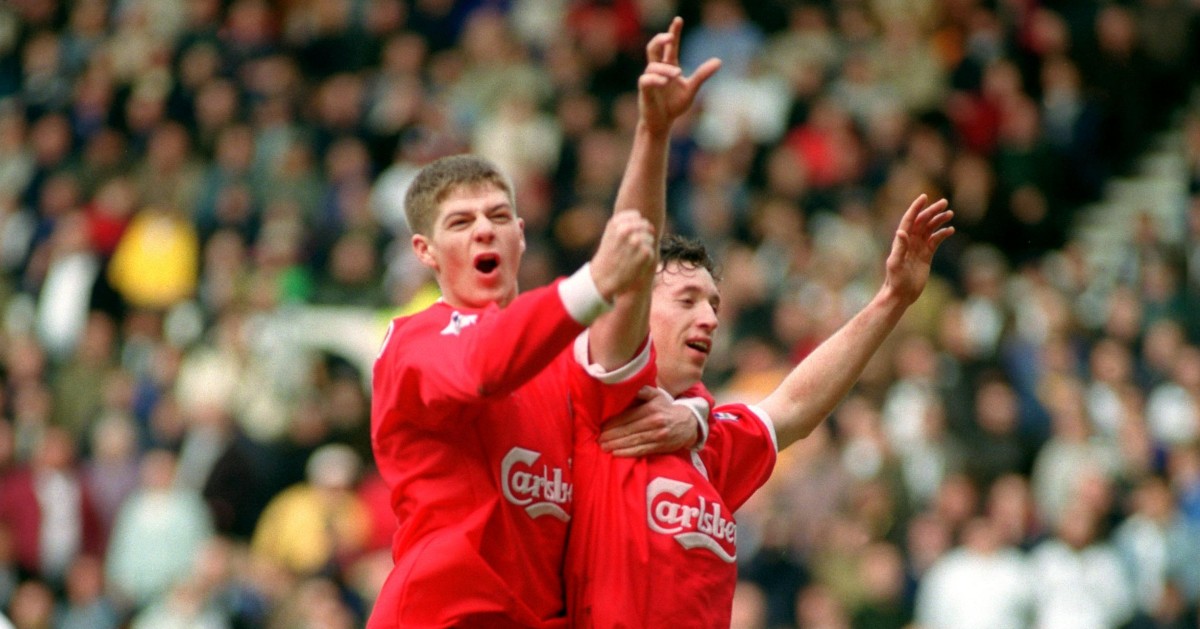 Liverpool will hope to close a New Year’s Day gap to Manchester City by May, but this XI never managed that feat in their esteemed careers.

Manchester City’s position at the top of the table going into the new year makes them clear favourites for glory in May, but there is still hope for the chasing pack. Plenty of sides who led the pack in January failed to bring home the gold and for some players that was the closest they ever got to the title.

Here’s an XI made up from those who enjoyed top spot on January 1, but never ended up lifting the Premier League trophy. Only one player per season, otherwise this XI would end being half of Liverpool’s 08/09 team.

Goalkeeper: Tim Howard
Tim Howard joined reigning Premier League champions Manchester United in the summer of 2003 and life at Old Trafford started well for the American shot-stopper. The Red Devils looked set to retain their crown after heading the pack going into the new year but Arsenal’s Invincibles ended up lifting the trophy, while newly-minted Chelsea provided Sir Alex Ferguson with a fresh challenge going forward. The Blues won the next two league titles and by the time Manchester United became champions again in 2007, Howard was plying his trade at Goodison Park. If you fancy a goalkeeper challenge, try naming the three keepers who featured for Aston Villa in the 1998/99 season, a campaign that saw the club sit in top spot at the start of January.

Right-back: Bacary Sagna
The 2007/08 season was a frustrating one for Arsenal, with Arsene Wenger’s men finishing in third despite heading the pack on January 1. The Gunners’ total of 83 points would have been enough for the title in some Premier League seasons but Chelsea’s and Manchester United’s dominance continued to keep the title away from the north London. Newcomer Bacary Sagna did get in the PFA Team of the Year for his efforts that campaign and although the Frenchman later left the Emirates for the Etihad, he failed to win the title in his three seasons at Manchester City.

Centre-back: Lucas Radebe
A hero among the Elland Road faithful for his decade of service with Leeds United, Lucas Radebe captained the club during the 1999/2000 campaign, leading a side mixed with experience and exciting young talents that looked capable of mounting a title challenge. The Whites led bitter rivals and reigning Premier League champions Manchester United going into the new millennium but a four-game losing streak in April ruled them out of a first title win since 1992. Ferguson’s side ended up 15 points clear at the top.

Centre-back: Gareth Southgate
Aston Villa’s start to the 1998/99 campaign was hampered by the loss of star striker Dwight Yorke to Manchester United but club captain Gareth Southgate helped to keep the side well-marshalled at the back in the first half of the season as John Gregory’s men headed into the new year as surprise leaders. However, come May the familiar names of Arsenal and Manchester United fought over first place and Yorke’s determination to push through a move to Old Trafford paid off as the Red Devils won the treble.

Left-back: Alan Wright
Alan Wright was part of that Villa team in 98/99 but the former England Under-21 international had previous when it came to top spot on January 1. Wright was with Blackburn Rovers at the start of the 1994/95 campaign but had rarely featured in the first XI at Ewood Park since Graeme Le Saux’s arrival. Rovers started 1995 in top spot but Wright left for Villa in March and must’ve watched on in envy as his former teammates celebrated pipping holders Manchester United to the title on the last day of the season.

Right-wing: Alexis Sanchez
Coming close with Arsenal before joining Manchester United in search of a Premier League title worked a treat for Robin van Persie. Not so much for Alexis Sanchez. The Gunners held top spot going into 2016 and with the other big sides struggling for form, it looked as if Wenger might finally bring the trophy back to north London, especially with established stars like Sanchez, Mesut Ozil, Laurent Koscielny, Aaron Ramsey and Petr Cech at his disposal. However, a four-game winless streak saw Wenger’s men drop to fourth and although they ended the campaign as runners-up, surprise champions Leicester City finished ten points clear at the top of the table. Sanchez came second again two years later, as Manchester United finished 19 points behind their noisy neighbours.

Central midfield: Mesut Ozil
Of course, Gerrard’s annus horribilis was 2014, as his slip against Chelsea in late April cost Liverpool dearly in their fight for the title. However, the Reds started the year in fifth, six points behind leaders Arsenal. The Gunners hadn’t won the Premier League for almost a decade by that point but the Emirates crowd hoped for a turnaround in fortunes, especially after the club-record transfer of German superstar Mesut Ozil from Real Madrid. Unfortunately, the promising work in the first half of the season was ruined in the new year after heavy defeats to Liverpool and Chelsea, as well as shock losses to Everton and Stoke. Naturally, Wenger still managed to guide his side to fourth. Ozil consoled himself with a World Cup win in the summer.

Left-wing: David Ginola
Manchester City’s lead this year already seems like it could be insurmountable but their challengers can take heart from Newcastle United’s collapse in the 1995/96 campaign. Magpies manager Kevin Keegan had bolstered his squad with England internationals Warren Barton, David Batty and Les Ferdinand, but the arrival of winger David Ginola gave the St James’ Park crowd a taste of French flair and added something different to a predominantly British side. Ginola became a huge hit in England as Kevin Keegan’s entertainers went into the new year as league leaders and held a 12-point lead over second placed Manchester United in late January. However, the Red Devils’ relentless form from February onwards saw them win 13 out of their last 15 games as Keegan lost both his head and the title race.

Striker: Robbie Fowler
While Ferguson and Keegan stole the limelight, Liverpool quietly finished a distant third behind Manchester United and Newcastle but the Reds managed to put up more of a challenge the following season, leading the way at the start of 1997 with a five-point buffer. Local lad Robbie Fowler was God of Anfield at the time and his goals looked like sending Liverpool back to the promised land after a disappointing start to life in the Premier League era. Unfortunately for Roy Evans’ men, five defeats in the second half of the campaign saw the club fall away, as Manchester United once again proved to be merciless hunters.

Striker: Mark Robins
Manchester United’s glory years under Ferguson in the 90s went by without a man who had a huge part in making it all possible. Mark Robins was the Scot’s saviour in 1990, as his goal secured passage past Nottingham Forest in the FA Cup, with speculation rife that Fergie’s job was under threat if he lost the tie. The Red Devils went on to the win the cup but Robins was sold to Norwich City at the start of the inaugural Premier League season. The Canaries were the surprise package that year, and 1993 began with the club flying high at the top of the table. Robins was the side’s leading goalscorer but his former Old Trafford teammates managed to pick up a win at Carrow Road in April before claiming top spot with a famous comeback win over Sheffield Wednesday five days later.