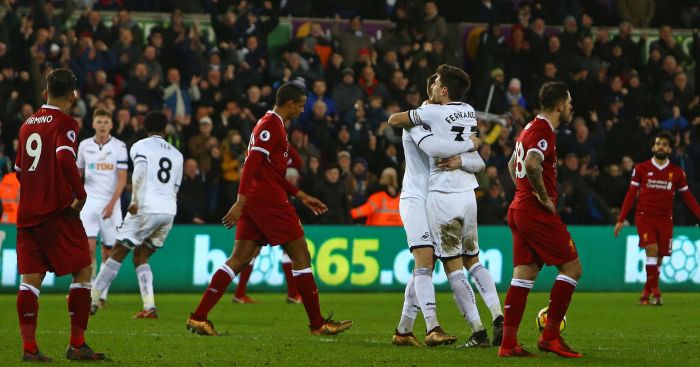 Carlos Carvalhal has compared Liverpool to a Formula One car stuck in London traffic following Swansea’s 1-0 victory at the Liberty Stadium on Monday night.

Alfie Mawson’s first-half strike – after the Reds failed to clear a corner properly – was enough to give the Swans victory at the Liberty Stadium.

“I told my players: Liverpool is a strong team. Like a Formula 1 car,” Carvalhal told Sky Sports.

“If you put that F1 car in the 4pm London traffic, the F1 car will not drive very fast. That’s exactly what we had to do. Let them play in a way they don’t like.”

On the match, the Swansea boss added: “We did mistakes when we played Liverpool before but today they were ready for that. Inside the pitch we played one, two touch and played to the sides to be out of pressure.

“We have the fortune to get a goal and after that, playing against a strong team and my team needing points. It is not how we want to play but in this moment we need the points.”