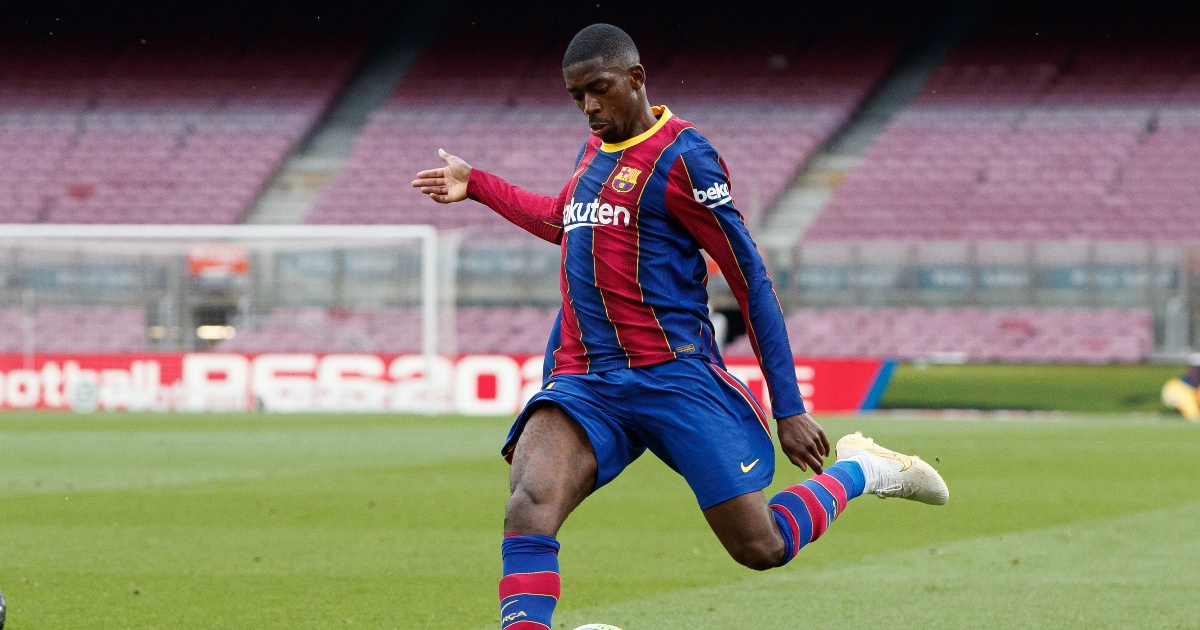 Ousmane Dembele says he ‘doesn’t know’ where he will be playing next season amid rumours of a Liverpool move.

The winger is currently on international duty with France, who are looking to win their second major tournament in a row.

He’s enjoyed a decent campaign with Barcelona where he scored six goals and assisted three more in 30 La Liga appearances.

That’s still below Dembele’s best form, but it’s a step in the right direction for the injury-hit star.

Anfield has been touted as his next destination as Liverpool prepare for the departure of either Sadio Mane or Mo Salah.

Both forwards have been linked with 34-time Spanish champions Real Madrid.

Speaking about the transfer rumours, Dembele told L’Equipe (via ESPN): “I hope to stay at Barca but I don’t know.

“There’s no rush. I don’t know what’s going to happen. Right now I am completely focused on the Euros with France.”

It’s believed Barcelona want to tie him down to fresh terms as his current deal expires in June 2022.

But if Liverpool come calling, the 24-year-old may just angle towards a Premier League move.

Dembele came through the infamous Rennes academy which has also produced the likes of Eduardo Camavinga and Everton’s Abdoulaye Doucoure.

He scored 12 goals in 29 matches for the French outfit to earn a Borussia Dortmund move in July 2016.

That’s where he became a star on the continent, as his electric displays saw him register 32 goal contributions in just 50 games.

One year later he became one of the most expensive players in history when Barca paid over £120million for his services.

Things haven’t quite gone to plan at the Nou Camp due to multiple injury problems, but Dembele is gradually getting himself back up to speed.

He is expected to be an important player for France at the Euros, partnering Kylian Mbappe and Karim Benzema in attack.

Manager Didier Deschamps arguably has the best squad at the tournament, with Antoine Griezmann and Kingsley Coman also available to him in attack.