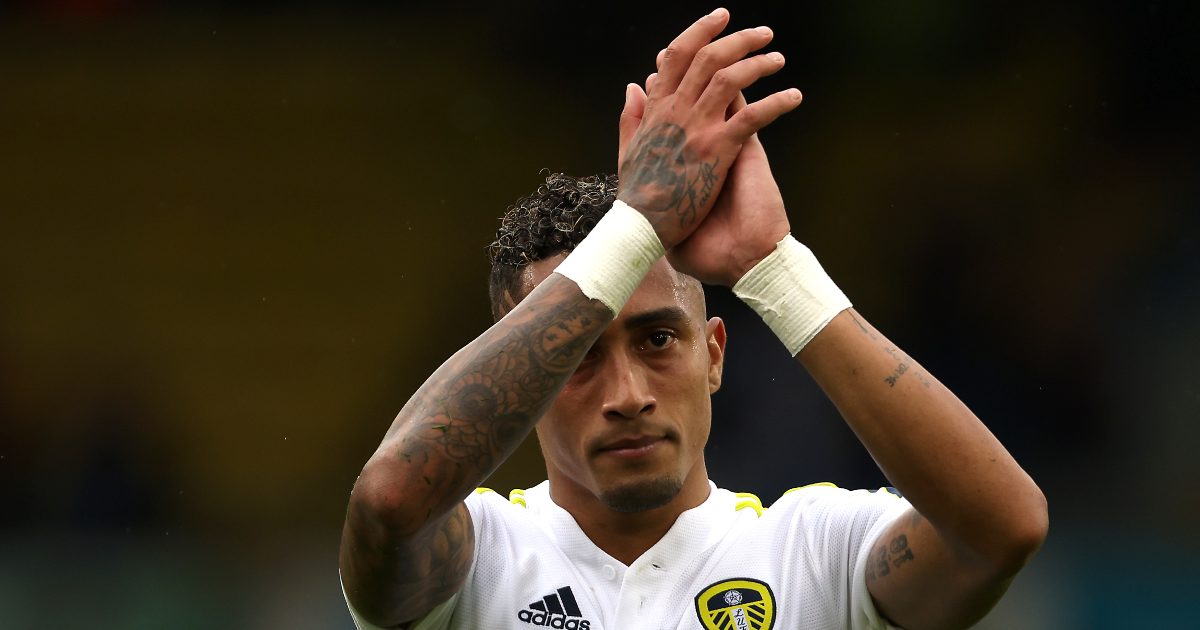 Former Premier League striker Kevin Campbell has suggested that Leeds United star Raphinha “will be gone” next season amid reported interest from Liverpool.

Ahead of their return to the Premier League, Marcelo Bielsa‘s side paid around £17m to sign Raphinha.

The winger quickly hit the ground running for Leeds as he was one of the standout players in the English top-flight last year.

He has carried that form over into this campaign as he has scored three times from his seven outings. Liverpool have been linked with Raphinha over the past few months.

“His stock is rising all of the time,” Campbell said.

“Let’s not forget, there was already some interest in him last summer.

“Whether you like it or not, Leeds are not where they were 20 years ago. They are not what they once were.

“If one of the big boys comes in for him, Leeds will sell. They will sell.

“I think it is just a matter of time. I cannot see him being a Leeds player at the beginning of next season. If he continues to perform like this he will be gone.”

Last month, Noel Whelan praised Raphinha for how “relentless” he is for Leeds:

“Raphinha is fantastic on the ball, great on the eye and can produce moments of magic that other players simply can’t.

“But what I really like is his work out of possession. He is not afraid to really work hard, track back and double-up with the full-back. It is an attribute you sometimes don’t get with technically talented players. They do one side of it but not the other. That is not the case with Raphinha though.

“When I watch him he is relentless. He works his socks off. You would not see Messi doing that and you would not even see Ronaldo doing it anymore.

“A high work rate is what Marcelo Bielsa demands though so you would not get away with that.”