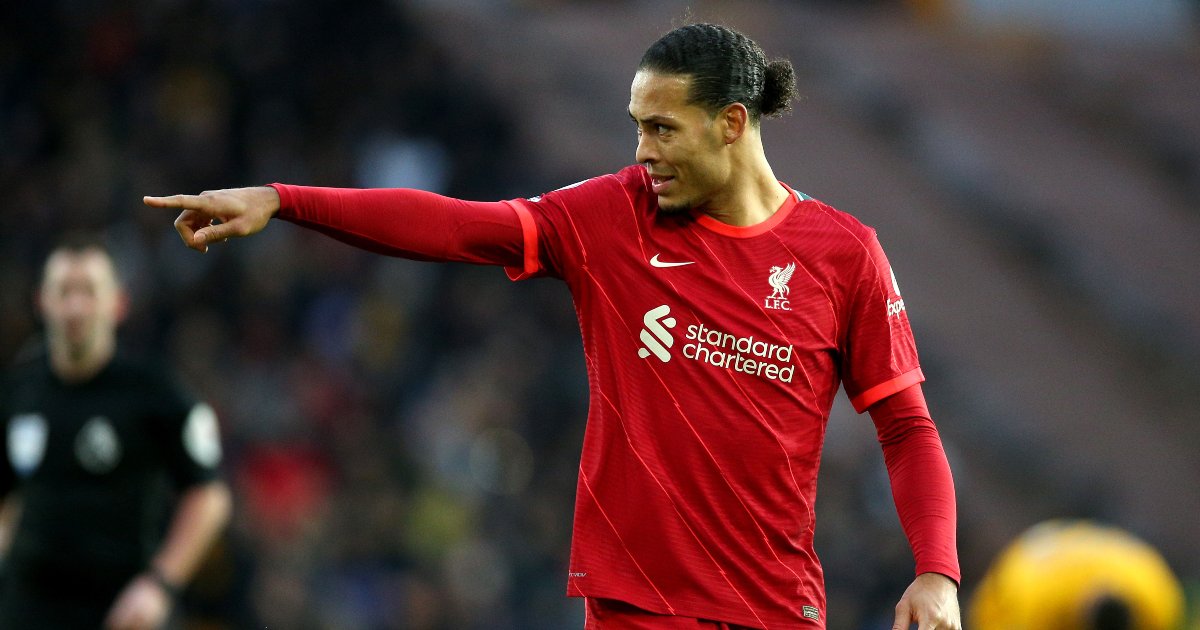 With the arrival of Ralf Rangnick, one of the lynchpins in modern football tactical development, to join other proteges and innovators in the Premier League, English football management has come a long way from a man in what we used to call a car coat shouting about hitting the channels and picking up the second balls.

It’s important to remember that all tactical developments are never permanent but phases, trends that will rise and fall and will be dumped or modified by the next generation. Today’s gegenpressing is tomorrow’s “can we not knock it?”

But what is the next big thing in tactics? What is due for a revival and reinvention? I’ll tell you what: long ball football. Yes, that most abhorred and out-of-date way of playing which cursed English football for about 50 years, along with its rigid 4-4-2 set-up. Not everyone played it, of course, but it did become the dominant and most popular form of football. 4-4-2, a formation which became emblematic of the Proper Football Man attitude to football and more broadly to life. Any other way became the emasculating lavender water of the foreigner, the laptop guru and those stupid people what read books, like. Those who loved it were the sort who think a hi-tech bunker is a room with a whiteboard and an iPad.

Yeah, but I don’t mean THAT sort of long ball football. I mean a revised and reinvented form. As much as we’d love to see Wimbledon’s 1988 team battering today’s injury-feigning skinny waifs, the rules will not allow it. While it’s okay for murderous regimes to buy an English football club, a defender pulling on your bollocks will get you suspended for three months.

The intellectualisation of the Premier League in seven graphs

Long ball football is simply more direct, vertical play which concentrates on getting the ball into the final third more quickly, sometimes bypassing the midfield.

Because football is, at core, chaotic, the great art of long ball football is to get the variables to break in your favour more often than not. The reason it was superseded was largely because it made controlling those variables harder. As soon as you ‘get rid’ you lose control. Then again, the suffocating obsession with being in control often descends into overthinking and over intellectualising what is at core a very simple game, and that – even if successful – can be boring.

The long ball game requires that managers just accept that they can’t control everything and instead rely on the chaos to help create chances. Understanding how to provoke and use the chaos is integral to this way of playing. Obviously control freak managers could never accept this. They like the illusion that they are controlling the chaos too much.

Long ball football, hitting one of two strikers early, is not something today’s top players have played much against. Even at youth level, coaches are pretending to be Pep Guardiola and encouraging lots of short passes and the general caressing of the ball. So when a ball falls out of the sky and they’re under pressure from a man mountain of meat with buttocks the size of small planets, they panic and don’t know what to do.

The key to making direct vertical football work is to think about it, not just default to it. Aimlessly knocking it into the channels as a matter of course is a waste of time most of the time, but stretching the play long and wide creates more space and in that space is where you can provoke the chaos to happen. You need players who think and act quickly, who can pounce on mistakes and play instinctively instead of sticking to a rigid system.

The old 4-4-2 was too often played far too rigidly. While two banks of four supposedly offered defensive security, more often than not it allowed more fluid sides to get between the lines and find destructive space. To play great long football you need a more liquid system, a form of total football that is liberating and not constraining so anyone can take advantage of the chaos in the spaces. You need pace and lots of it to transition directly and at speed. Defensively, it requires everyone to fall back behind the ball quickly and defend in numbers in order to rob the ball back and launch the next attack.

Playing an effective long ball 4-4-2 should be intense and incorporates today’s high-pressing game to win the ball back, but largely in the defensive and middle third. It stretches the game where possible to invite chaos in.

It is actually already with us, all be it as a flavour rather than the whole dinner, at Liverpool.

Their goal against Wolves was delivered in two passes from Virgil Van Dijk at the front of the defensive third, to Mo Salah running into the attacking third, missing out midfield. Mo Salah, Sadio Mane and others score frequently when the ball is delivered long for them to run onto or cross and score. That is effectively long ball football and they play it magnificently. Their flying fullbacks deliver the sort of crosses familiar to anyone who grew up on 60s and 70s football, which was often about getting the ball wide and delivering the ball into the box. The difference is those balls were delivered by the 7 and 11 not the 2 and 3.

Similarly, Manchester City’s Ederson often boots it 70 yards up the pitch to the striker, by-passing the first two thirds of the pitch. That, by any definition, is also long ball football. It’s just played really well, not aimlessly. That’s the key. It can’t be an unthinking default.

Packed defences, more physicality, less passing, longer balls, shooting early, crosses from wide, quick thinking, quicker direct transitions and fast forwards are all important elements to modern long ball football. Done well it can be thrilling and successful. It is way more enjoyable to see from the terraces than any amount of intricate passing, in the same way so many Liverpool counter-attacking goals are spine-tingling.

It’ll be of particular use for those teams who have been trying to play it out from the back, but can’t consistently do it, give the ball away and concede a goal which they should never have conceded, just for the sake of not giving the ball some distance and air.

It doesn’t have to be the only game in town, and as I say, it is already with us, but it’s the next big thing simply because it will work, at least for a while, and everything only works for a while, before we move on to reviving and revising another old idea.