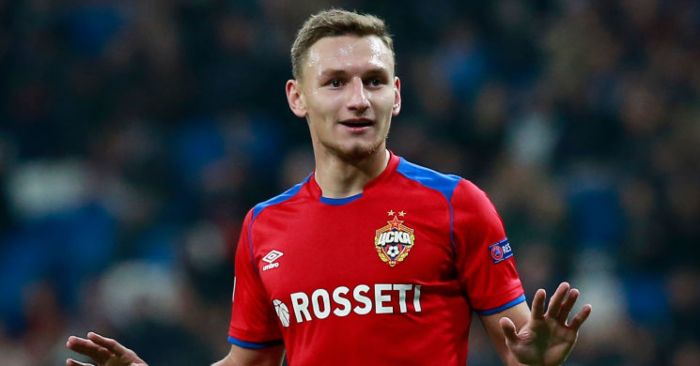 After scoring 17 goals and assisting a further seven in 37 appearances this past season, Chalov is ‘on the radar of many of Europe’s top clubs’.

Bayern Munich, Borussia Dortmund and RB Leipzig have all expressed an interest from the Bundesliga, while Ligue Un’s Monaco and Sevilla of La Liga are monitoring developments.

Arsenal have been ‘keen’ on the 21-year-old ever since he scored against them in the Europa League quarter-finals in April 2018, with his Champions League group-stage goal against Real Madrid in 2018/19 only increasing his stock.

Chalov, who signed an improved deal in January until 2022, has been identified by Liverpool as a potential £20m replacement for Daniel Sturridge.

But the forward ‘is looking for game time – not a bit part role’ behind the established front three of Mo Salah, Roberto Firmino and Real Madrid target Sadio Mane.