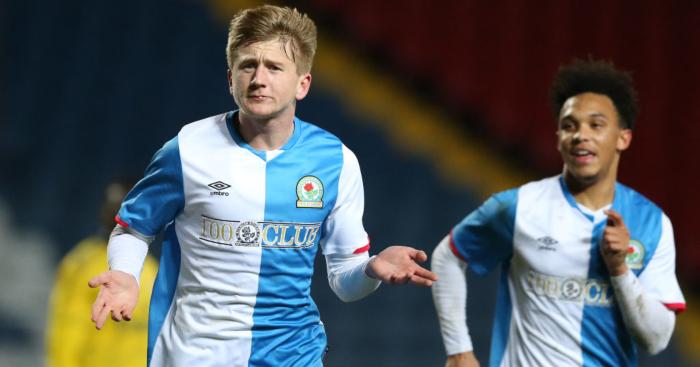 Liverpool are set to swoop in and land Blackburn Rovers starlet Luke Brennan from under the noses of Leeds United and Brighton, according to reports.

Brennan made his debut for Rovers’ under-23 side in August after impressing for the under-18s with his rampaging runs down the left flank.

Last week reports claimed that Leeds had joined Premier League side Brighton in the race to sign the 18-year-old, who has three goals and seven assists in 23 youth appearances this campaign.

And now Football Insider says that Liverpool are ‘ready to battle’ Leeds and Brighton for Brennan with the Premier League leaders ‘hot on the trail’.

The other two clubs in for Brennan ‘face being blown out of the water’ by the financial might of Liverpool, who have snapped up young prospects like Harvey Elliott in recent years.

The report adds: ‘Yet it remains to be seen whether Brennan would be more attracted to joining a club where there is a clearer path from academy to first team.’